The triple-R vacation – Romance and Relaxation in Romania 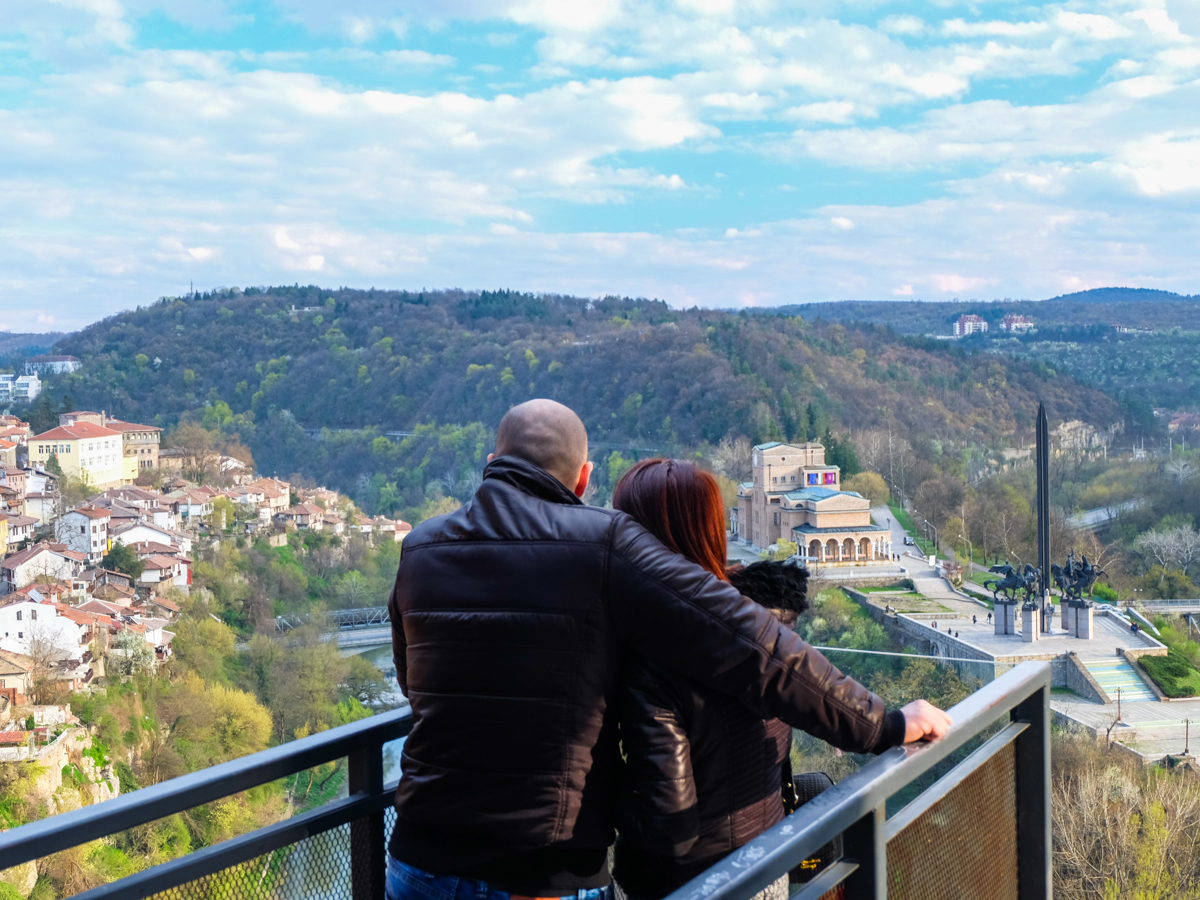 One of the best ways to celebrate the feeling of love and being in love is taking that special someone on a romantic holiday. Although some European cities such as Paris or Venice have become staple destinations for romantic holidays, you will find that Romania can also fit into this category, as long as you make the right choice.

Romania has plenty of romantic places, perfect for couples who want to opt for a short getaway, a weekend trip or even for a longer honeymoon in the country. In addition, the natural landscape is ideal for a relaxing vacation, or you can find out more about Romanian traditions and culture, by doing several activities with your loved one. Here are just a few ideas to get you started and plan what we like to call a “triple-R” vacation – romantic places, relaxing holiday destinations and discovering Romanian traditions.

The Gate of the Kiss 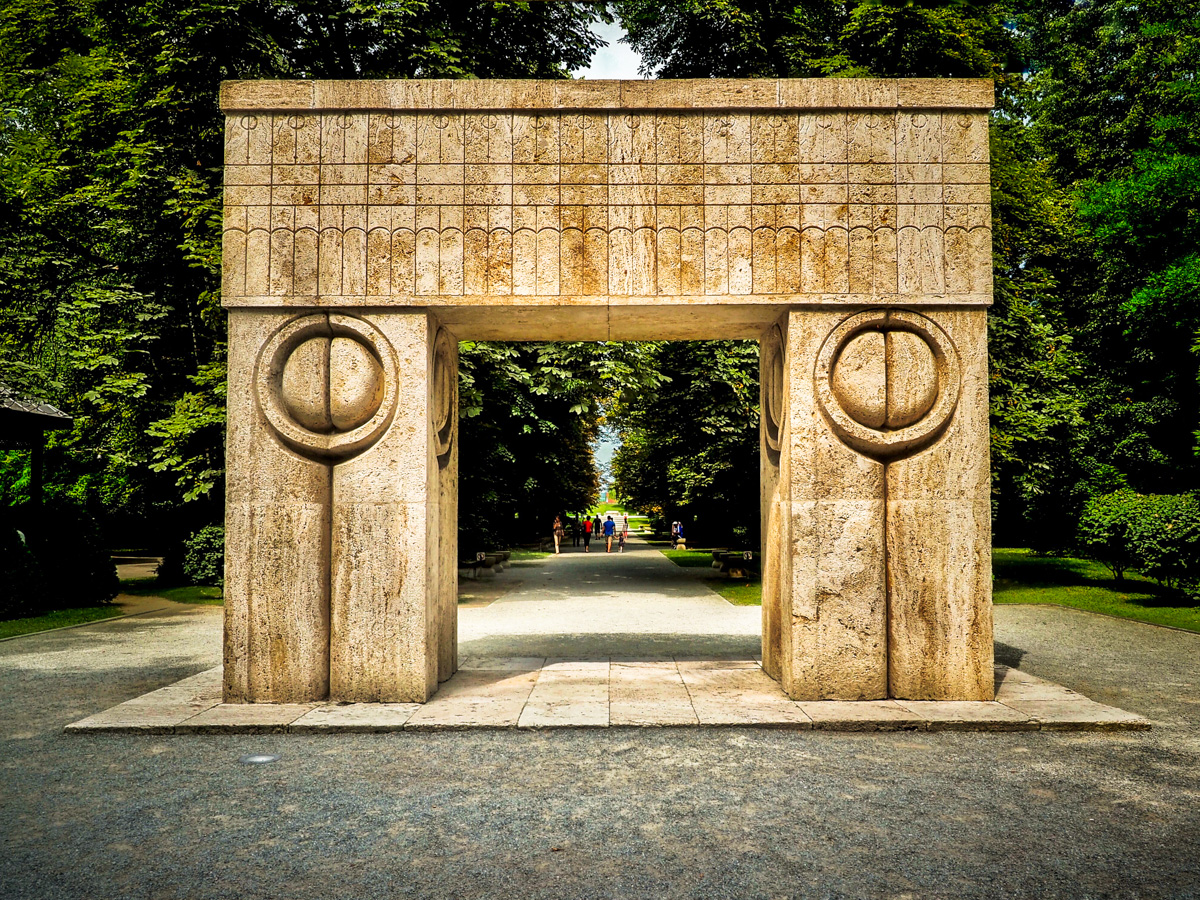 The Bridge of Lies

A popular landmark in Sibiu, the Bridge of Lies is yet another construction that has shifted its meaning over the decades. The legend says that those who told a lie on the bridge would end up falling from it, probably because here was one of the places where merchants would sell their merchandise during medieval times and later where young officers would bring their sweethearts. Unfortunately, some merchants were not exactly honest and some officers were not faithful to the girls they once proclaimed their love to. In time, the Bridge of Lies became a meeting point for many couples in love and they used to follow the tradition of hanging a locket on to the bridge carved with their initials, so that their love would be as strong and not easily untied by others. However, local authorities periodically remove the lockets to prevent the bridge of getting damaged like in the case of Pont des Arts in Paris. 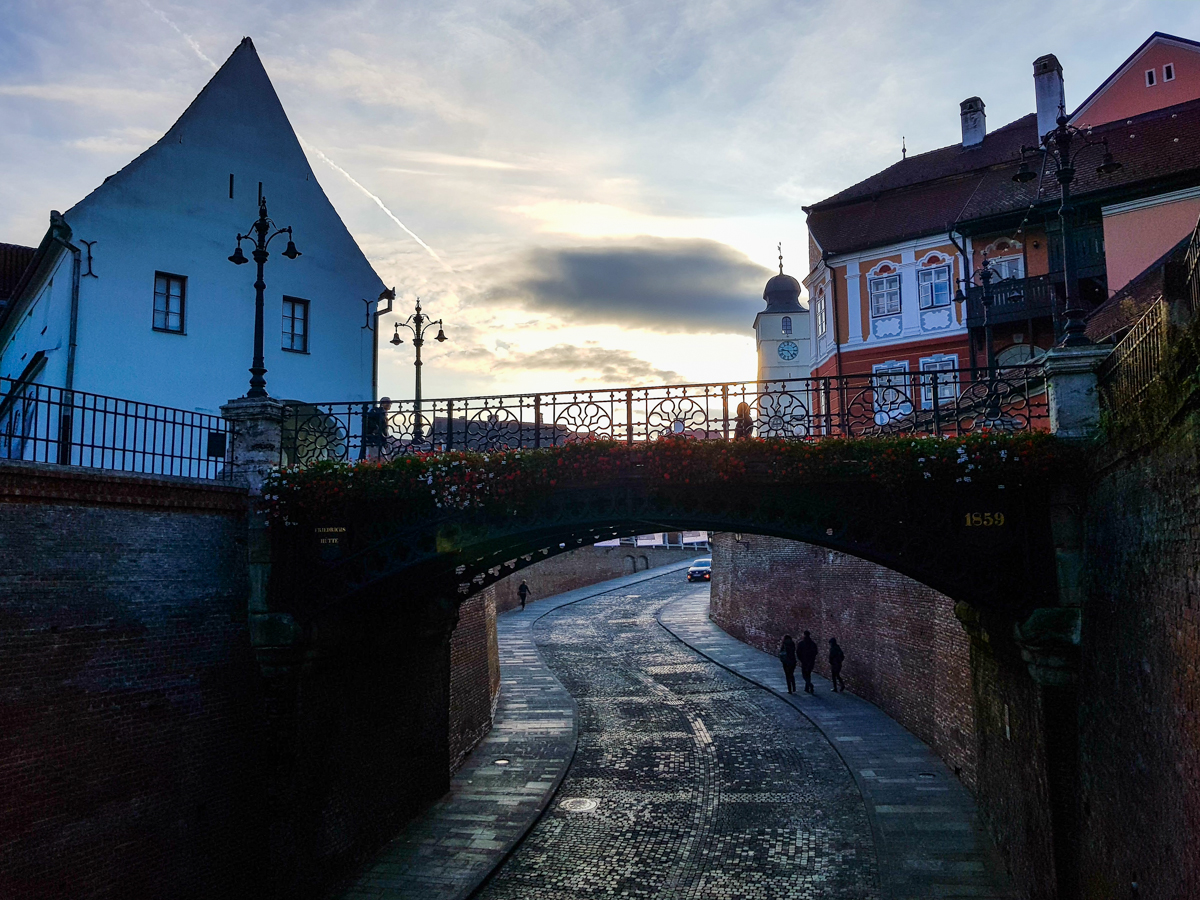 The Tunnel of Love

An abandoned railway that once connected the towns of Otelu-Rosu and Caransebes is now one of the most popular romantic destinations in Romania. Considered a second miracle of nature in Caras-Severin County, after the Bigar Waterfall, located halfway between the North Pole and the Equator, is the railway section between Caransebes and Bautari. The section has turned into a green tunnel, like the famous Tunnel of Love in the Ukrainian town of Klevan, as it is also entirely a work of nature.

The Ice Hotel built each year near Balea Lake may not seem as a conventional romantic destination at first, but if you think about it, what better way to spend some steamy moments with your loved one, than trying to get as warm as possible in a hotel made of ice. As the hotel doesn’t have many rooms and it’s open only for a few months each year, it can be difficult to find a room if not booked in advance. Each year, the rooms of a hotel have a certain theme. For example, for the 2017-2018 season, the main theme is music. 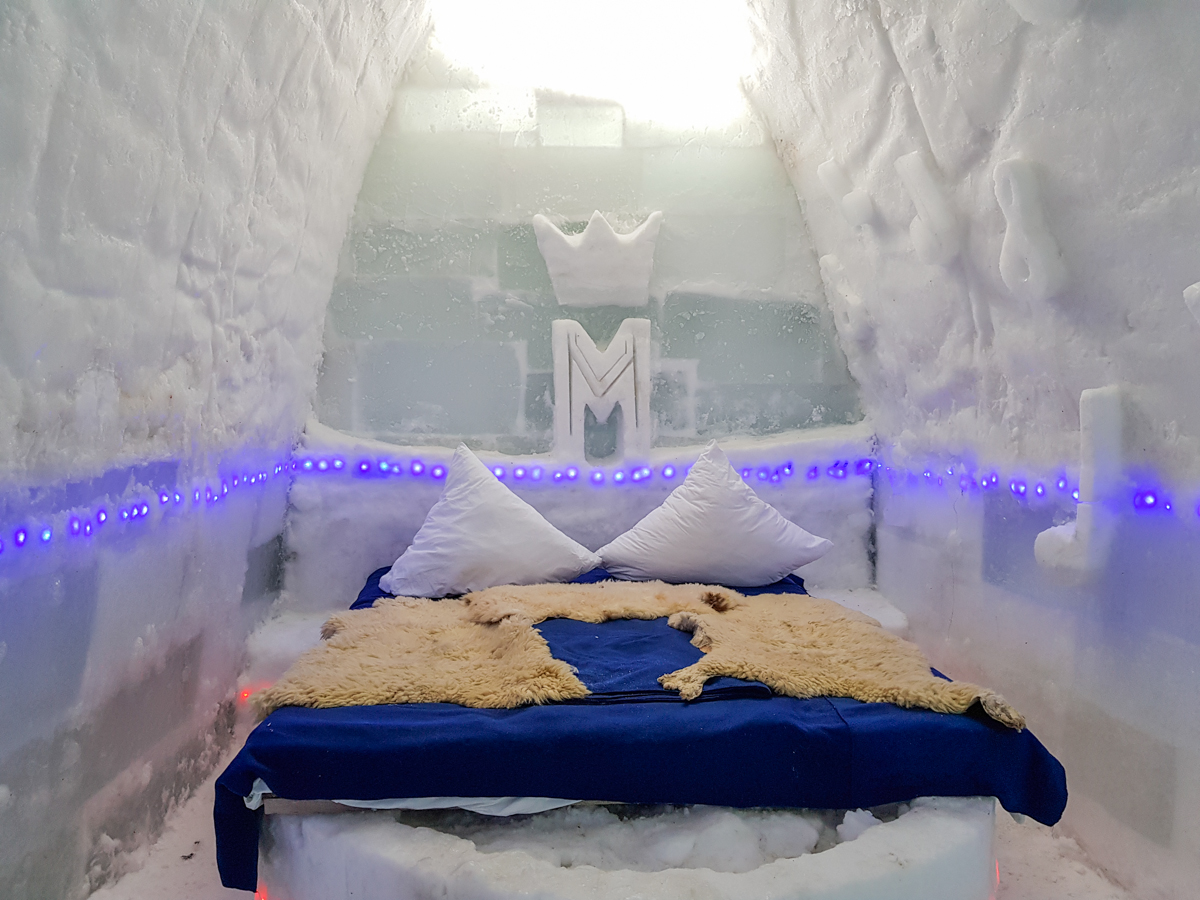 The Mocanita is the name used for old steam trains in Romania which can be found in mountain areas in Maramures, Transylvania and Bucovina. A trip on a train like this takes a long time because the old steam trains don’t have the speed of modern trains, but the main attraction for such a trip is the beautiful natural landscapes that travelers can see while taking one of the train routes. Since the trains preserved their original appearance, for many people it feels like taking a trip back in time, which can be considered very romantic. 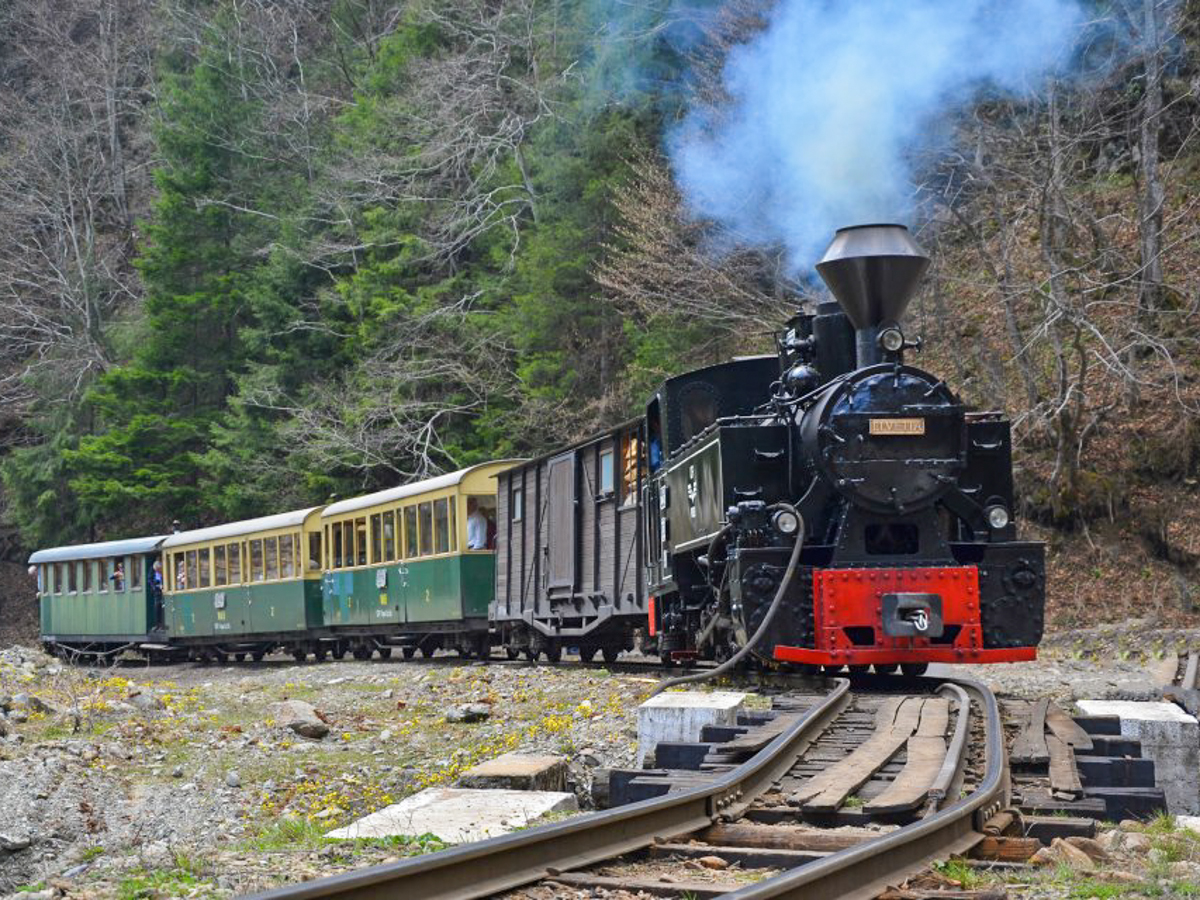 Since photographs of the Bigar Waterfall have emerged over the last years in different international publications, on travel blogs and other media outlets, the place is packed with tourists who simply want to admire the majestic view of the water stream falling down on a dome-shaped rock, covered with green moss.

This small medieval town is a perfect destination for a relaxing and romantic weekend in Romania. Being one of the few preserved medieval fortresses that are still inhabited, Sighisoara creates an interesting mix between old and new, between fiction and reality. The main attraction is the town’s center, with buildings, towers, wooden stairs and other buildings dating back to the medieval period.

Although the city of Brasov can be considered a romantic destination on its own, locals know that the best view of the entire city is the one from the Tampa Hill. You can reach your destination using a cable car or you can go on a short hiking trip on one of the marked trails. 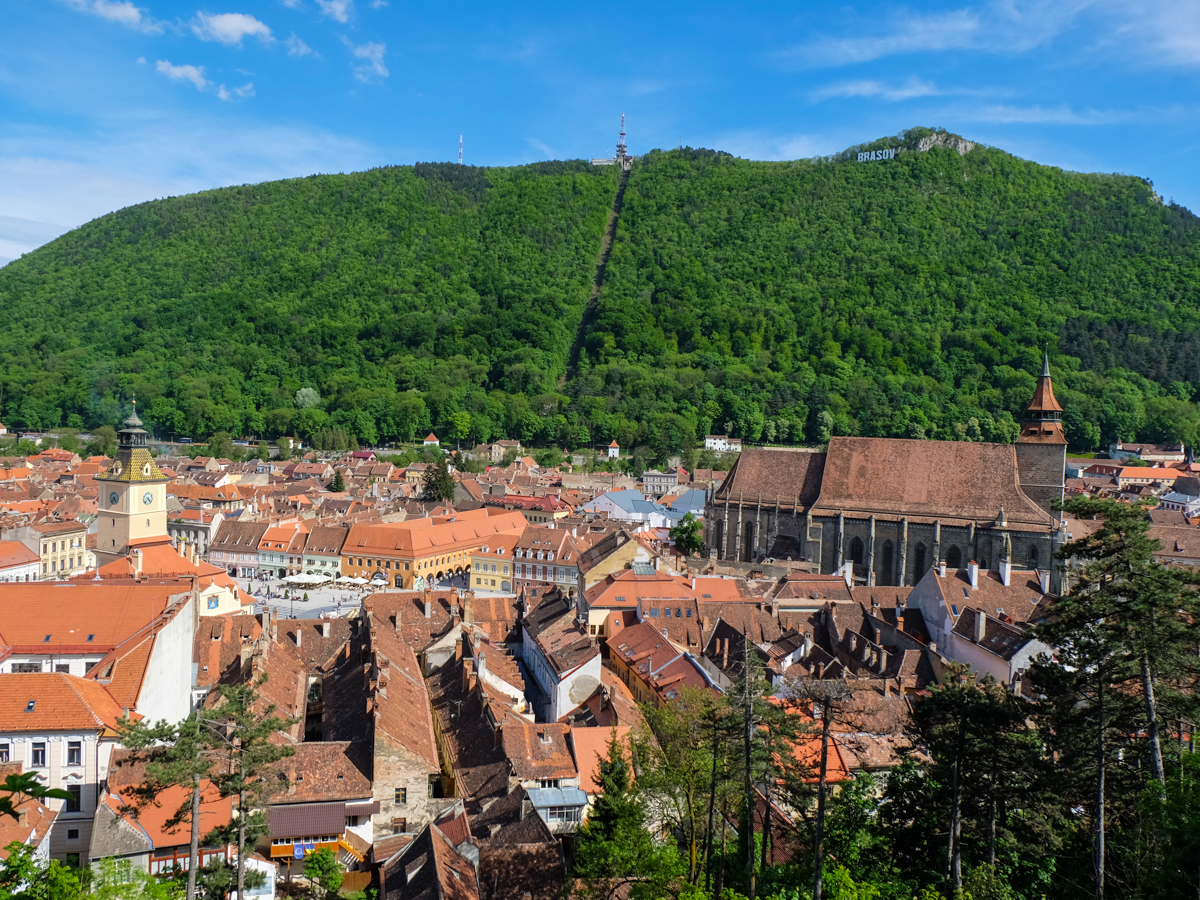 Peles Castle is certainly one of the most beautiful Romanian castles and it can even compete with other European castles as well. Nevertheless, our tip for a couple visiting Peles Castle is to take a look at the nearby Pelisor Castle – “Pelisor” being a Romanian diminutive which can be translated into “the small Peles.” Pelisor Castle was built in 1899-1902, at the request of King Carol I, as the residence of his heirs. Known as the Dream House, which combines German elements with some Romanian ones, it illustrates Queen Mary’s tastes. In fact, the entire Pelisor keeps alive the glorious memory of the one who would become the queen of all Romanians, being the place where she spent her last days. 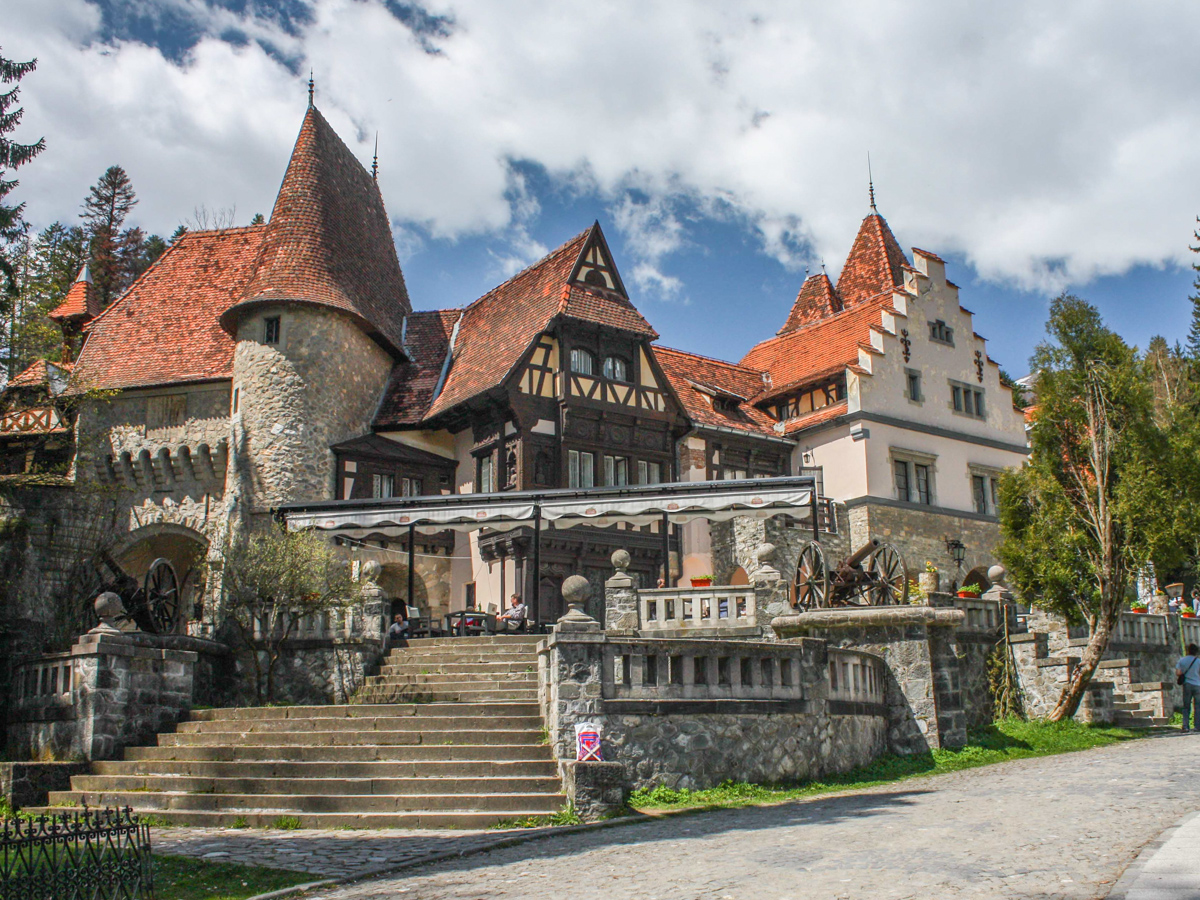 The Saxon villages of Transylvania

The Saxon heritage is still going strong in most Transylvanian villages, duet to the fact that Saxons and Romanians have cohabited for centuries. Even though the Saxon population has decreased considerably after the Romanian Revolution in 1989, their influence has still remained in the form of old buildings, fortified fortresses, customs and traditions. Some of the most popular Saxon villages include Viscri and Biertan, which are now sought out for those interested in rural tourism.

Considered one of the most picturesque Romanian regions, Maramures still preserves its century-old traditions, colorful folk attire, wooden churches and the famous Merry Cemetery from Sapanta. It’s one of the best places for a relaxing holiday filled with fun activities and interesting tourist attractions.

If these holiday destinations have sparked your interest, don’t hesitate to contact us to plan a romantic vacation in Romania, or book one of our private guided tours in Romania.