The fascinating history of Bran: a virtual tour of Dracula’s Castle 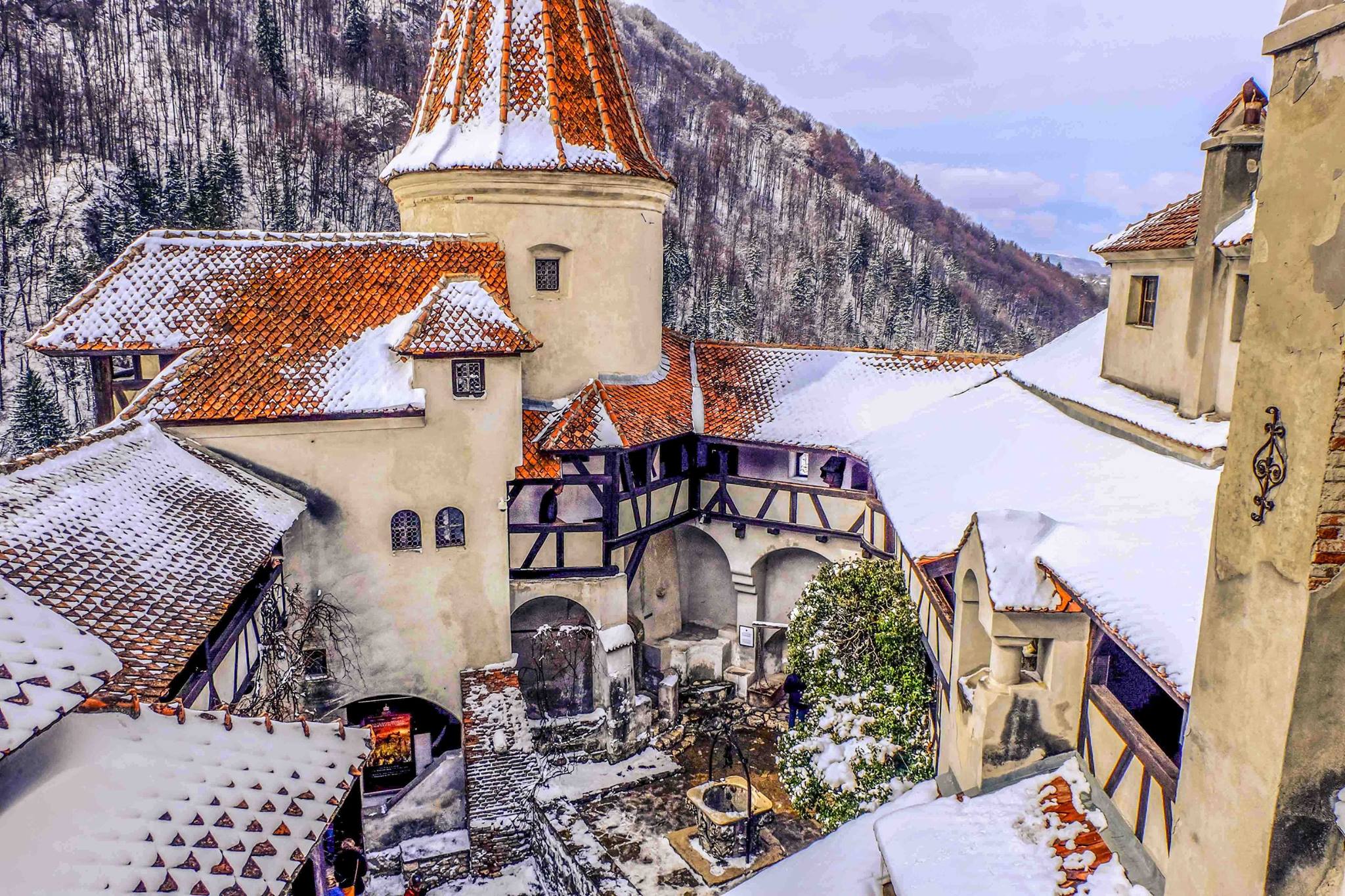 At the border between Transylvania and Wallachia, perched on top of a cliff, rises a haughty silhouette of one of Europe’s most famous fortifications: Bran Castle or, as legends tourists call it, Dracula’s Castle, where hundreds of thousands of foreigners come annual seeking the ghost of the famous Romanian ruler. One of the famous tourist who recently visited Bran was none other than actor Johnny Depp, during an European tour with his band Hollywood Vampires. It seems suitable for some glamorous “vampires” to visit the home of the most famous vampires of all.

Besides being one of the best preserved and impressive medieval castles in Romania and a former royal residence, the legend according to which the castle was the place of perdition of the famous Count Dracula is certainly why many tourists come to visit it. However, historical sources say Vlad Tepes staid here only once, on his way to Brasov.

The tumultuous history of the castle started more than 600 years ago, documented for the first time in 1377, but its bases appeared to have been made much earlier by the Teutonic Knights, who built here, between 1211 and 1225, a wood fortress . In 1377, when it appears in the first official record, Saxons living in the Brasov area received from King Louis I of Hungary permission to build at own expense and using their own artisans a stone castle at Bran, who served for military purposes over many centuries, on the foundation of the wooden fortress. 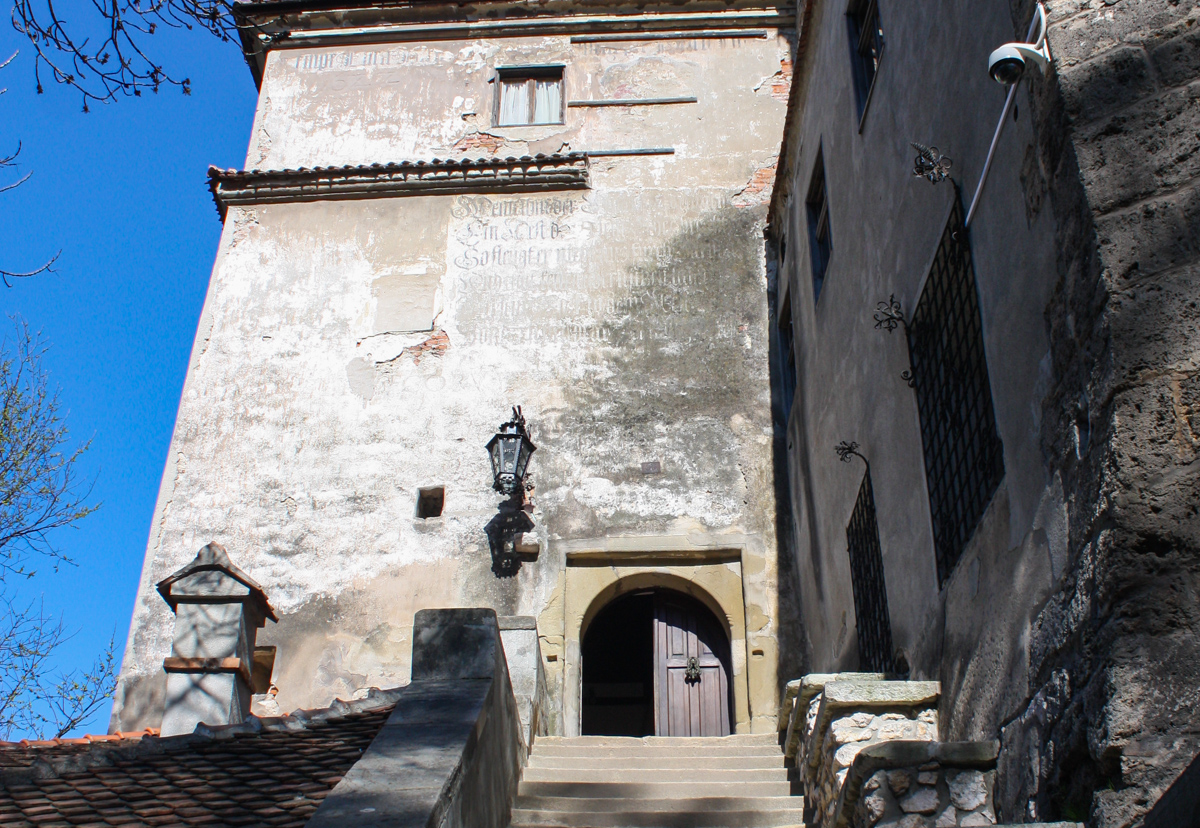 In 1920, authorities in Brasov have given the castle to Queen Mary, as a sign of gratitude for her contribution to the Great Union of 1918. The queen is the one who arranged and transformed the old fortified castle with a hint of fairy tale in modern times, but keeping those elements of medieval Gothic architecture that give its mysteriousness and fascination. After that, it belonged to Princess Ileana, and in 1948, after the expulsion from the country of the royal family, the castle became the property of the Romanian state, which unfortunately dropped it, and because of their negligence, it was devastated.

In 1956 it was reopened for public visits, being arranged as a museum of history and feudal art. After the fall of communism, the heirs have claimed rights to the castle and in 2009 it was returned to the Habsburg family. Before, however, the museum’s collections that belonged to the Romanian state were moved from Bran Castle to the Medieval Customs. To reopen the museum for tourists, the Habsburg family has refurbished it with items from their personal collection. 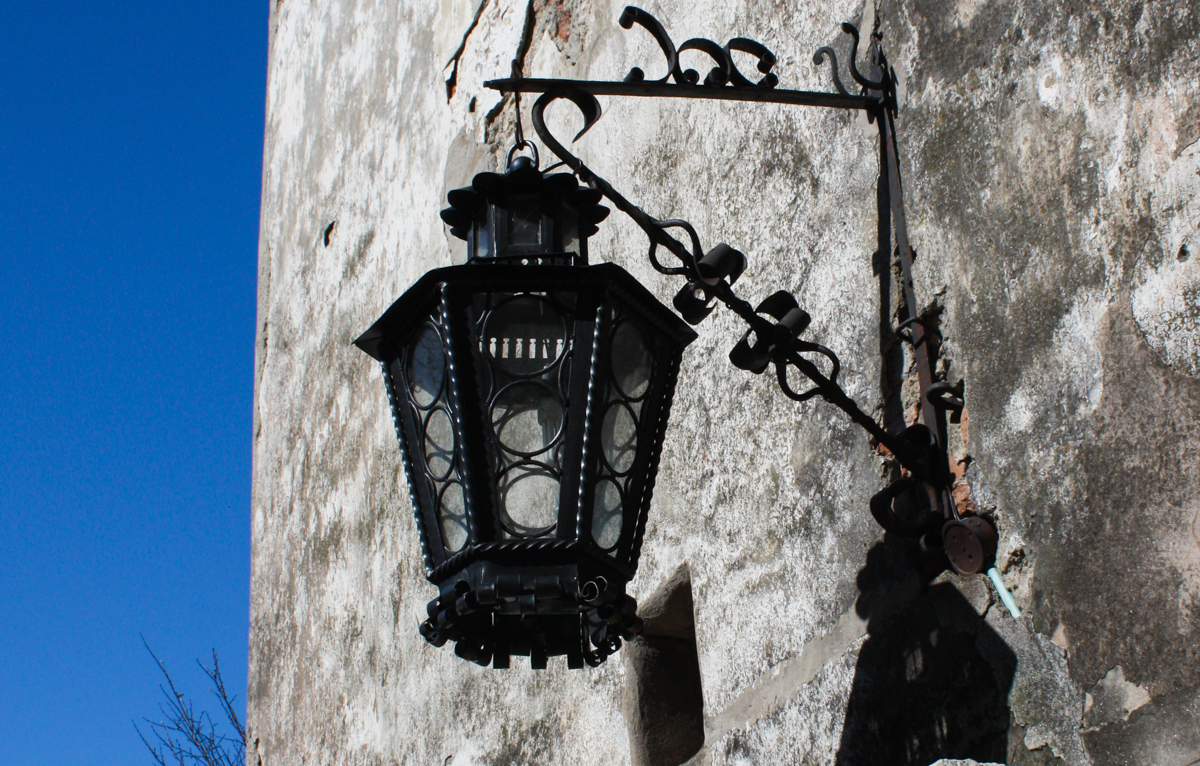 Creating the myth of Dracula

The fame of the castle taken abroad is due largely to Bram Stoker, author of the famous novel “Dracula” – the story of the vampire-count that never ceases to fascinate. The connection between the character in the novel and Prince Vlad the Impaler – Dracula is even suggested by the author who wrote somewhere in the book “… was it really that prince Dracula who opposed the Turks over the great river, even from the border with Turkey.“ Although the history disproves that Vlad Tepes, ruler with vampire traits ever lived in Bran Castle, the blood – hungry count’s story is so popular and widespread that it almost no one is interested in the truth. Dracula’s legend is one thing, the story of Vlad Tepes is something different, but this “confusion” put the small town and the castle on the map of international tourism and brings important financial benefits to the area. 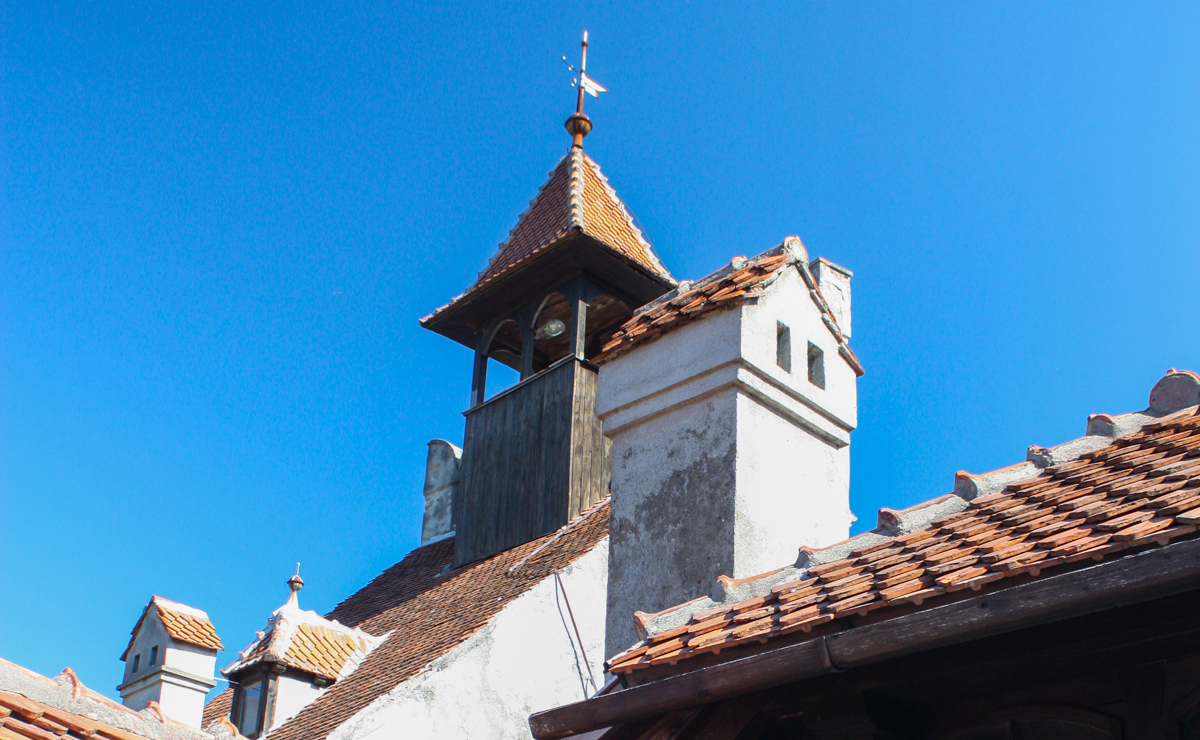 From medieval castle to movie set

Another important factor for its popularity would be that at Bran Castle many movies were filmed over the years, but one that had the biggest impact was “Interview with the Vampire”, and American  horror movie from 1994. It was partially filmed at Bran – so that you can see the castle’s image – the movie making, of course, references to the alleged vampire manners of the Wallachian ruler. That’s how tourists came to call it, since three decades ago, “Dracula’s Castle” and started coming to visit Transylvania.

Maybe some of them are disappointed because they don’t get to meet Dracula – the vampire that sucks the blood of people, but they can enjoy a walk through one of the most valuable monuments of medieval architecture in Romania. It’s even possible to spend Halloween in the castle, as vampire – themed is organized annually. 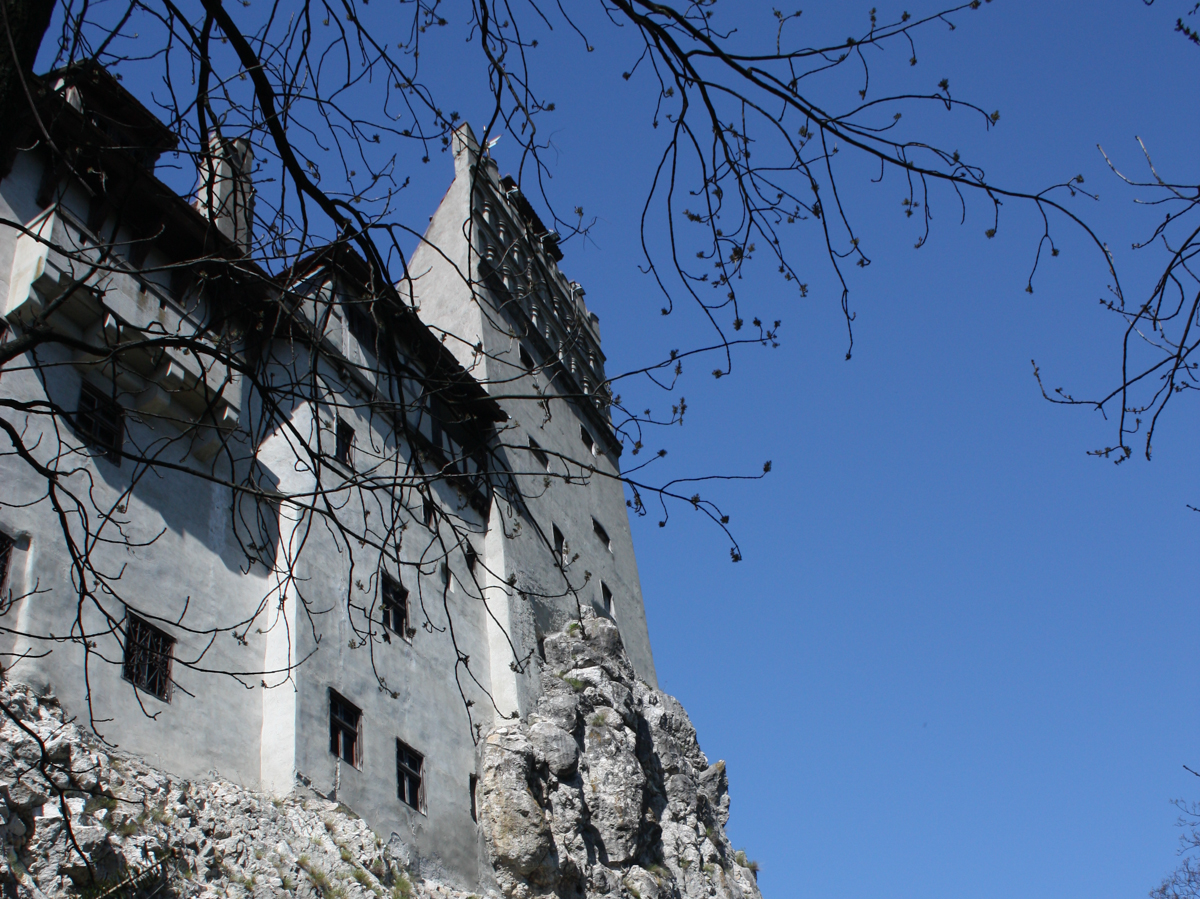 What you can visit at the Bran Castle

In the castle, on four floors, various collections of furniture, ceramics, hunting trophies, weapons and armors are displayed. In the park near the castle, a small village museum was built, with traditional houses from the Rucar-Bran area, highlighting the architecture and specific occupations in Barsa region, and old occupations of the villagers: agriculture, livestock, wool and wood processing.

Those in search of spooky experiences can visit a room with an exhibition of unusual instruments of torture: the “iron maiden”, the “cradle of Judah” or the “interrogation chair.” It is a macabre part of history and only persons of 18 years or older should visit the area.

One of the main attractions of the castle is the secret passage that once was known only to soldiers. If the invaders managed to enter the city, soldiers used this passage to climb to the top of the castle where they would throw stones and hot pitch trying to discourage the attackers. The passage entrance was made at the time through a stove, located in the place that is now the door.

From the secret passage you’ll enter in the most spacious room of the castle – the Music Room of the Queen Mary, where the queen and George Enescu, a close friend of the royal house used to organize concerts and receptions during the interwar period. Continuing through the salon, there’s an open room – Loggia, which served as a summer kitchen, and now is the best place to admire the backyard. From here starts another staircase that leads to the fourth floor terrace from which opens a fabulous panorama of the Moeciului hills up to Bucegi Mountains.

On the 2nd floor is the bedroom of King Ferdinand, where besides the necessary furniture, is a showcase of the most valuable exhibits of the castle: the crown and scepter of the Royal House, used for ceremonies.

The exhibition also has combat weapons used to defend the city: shields decorated with the insignia of Mircea the Elder and  Brasov’s emblem, maces, axes, medieval armors. In a room dedicated to the costumes, you can see the folk costume of Princess Ileana, along with special occasion dresses and a parade of the early last century. A small theater is also set up, where you can watch a short film about the Queen Mary and the royal family. 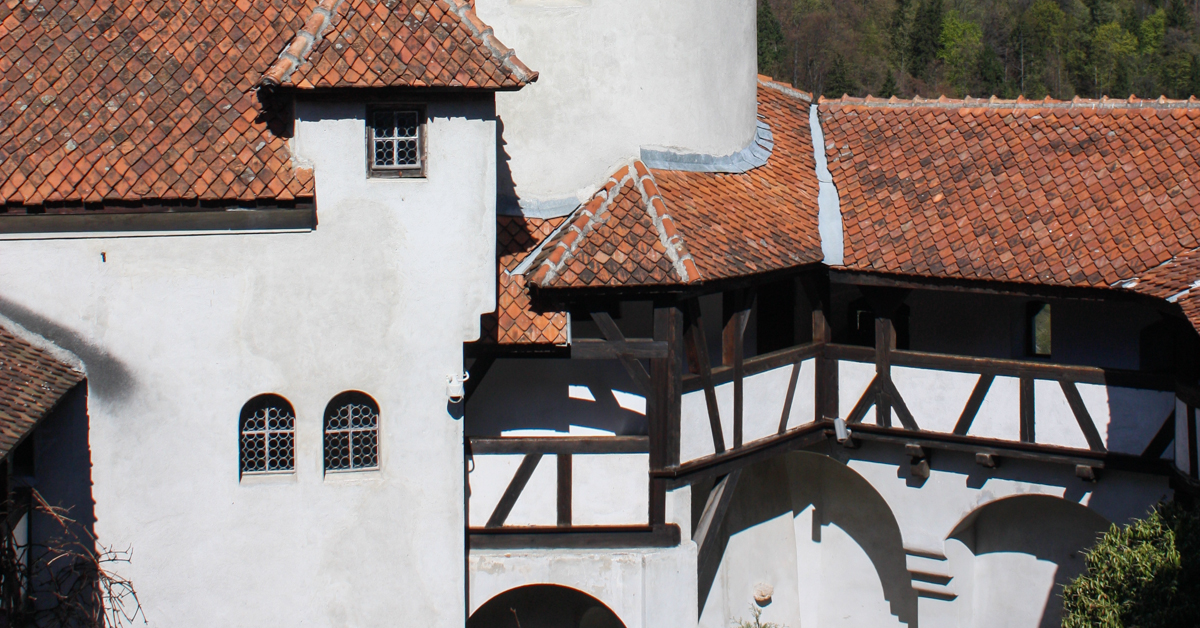 Don’t forget about Chicos Hall – a room where the exposed items come from a donation made by engineer Michael Chico, whose grandfather was part of the entourage of the royal family. All the furniture here was donated in 2011 as homage to Queen Mary of Romania.

Of course “Dracula’s myth” must be exploited! So, to the delight of foreign tourists, in particular, a room dedicated to the famous vampire was arranged, because we have to admit, Dracula attracts most of those who come to visit this Romanian city. There are panels with information about the undead, vampire stories and of cruelty of the Wallachian ruler, as well as the specific manner in which he punished the traitors – by impaling them.

Finally, when exiting the castle, you can see a tiny building, overgrown with moss, located on the lake at the base of the castle – it’s the Tea House, built of wood, at the Queen’s desire, who organized here less formal receptions, more intimate, for close friends.

If this virtual tour sparked your interest, you can book one of our Dracula – themed tours to visit Bran Caste and other interesting places in the Transylvania region. You can try searching for Dracula, go on a Real Dracula Tour or on a 5-day Dracula Tour in Transylvania.