Magical Bukovina and the famous painted churches of Moldavia 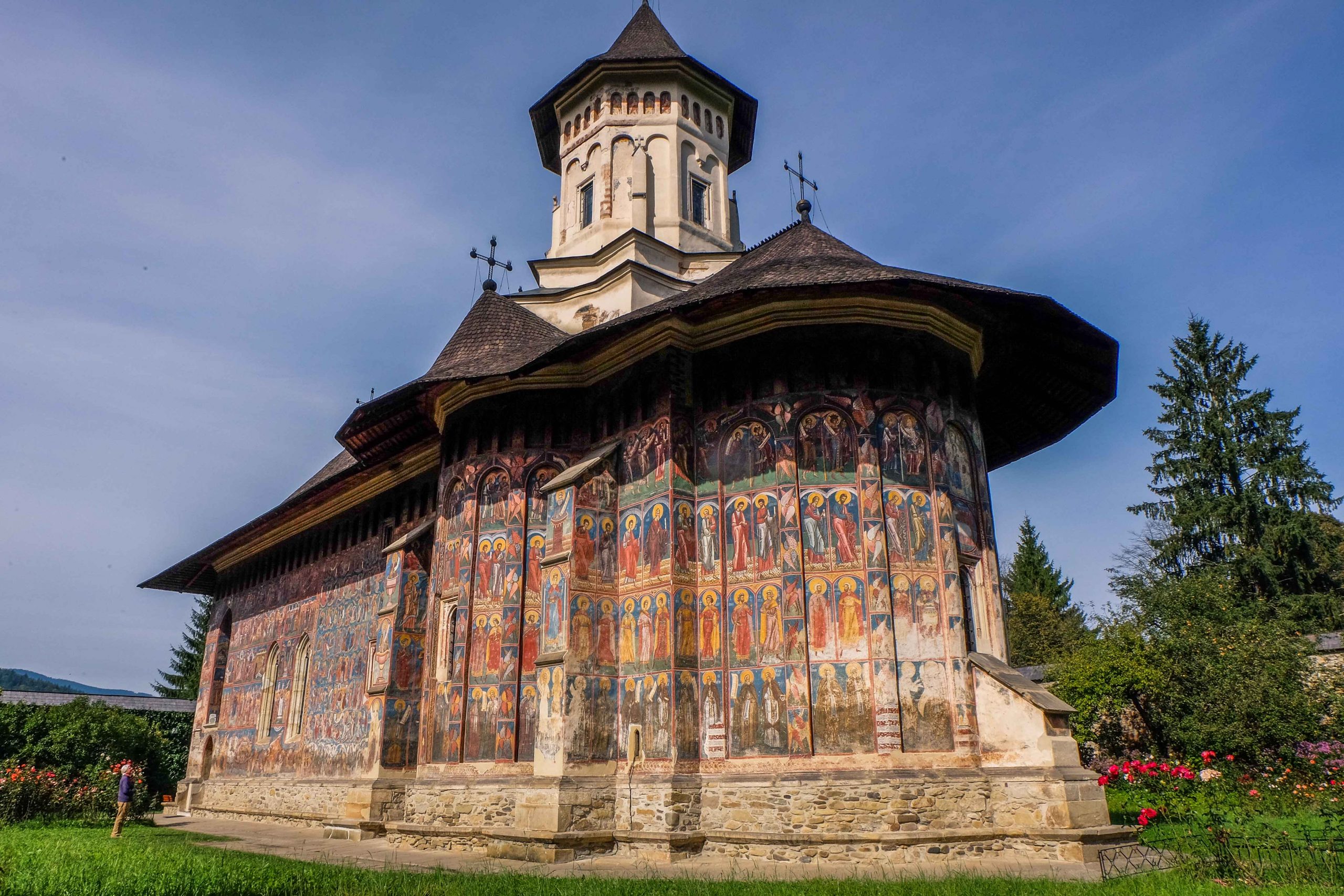 Located in northern Moldavia, Bukovina is famous throughout the world for the charm of its monasteries and churches, but also for the natural beauties and the unique traditions that the locals respect since centuries ago. If you are passionate about history, culture, you love picturesque landscapes and you like traditional Romanian food, then you will love this region! Here are some of the most important highlights you could include for your travel itinerary in Bukovina.

Piatra Neamt is the capital of Neamt County and is of particular importance for the region regarding economics and education. From a tourist point of view, Piatra Neamt boasts a number of interesting museums, most notably the Cucuteni Eneolitic Art Museum, which has a collection of items and fragments of items discovered during archaeological diggings. Besides this museum, another thing you should do is admire the city from above. A gondola lift will carry you over the city up to the top of Mount Cozla. The panorama here is spectacular, perfect for taking some great pictures of your trip. 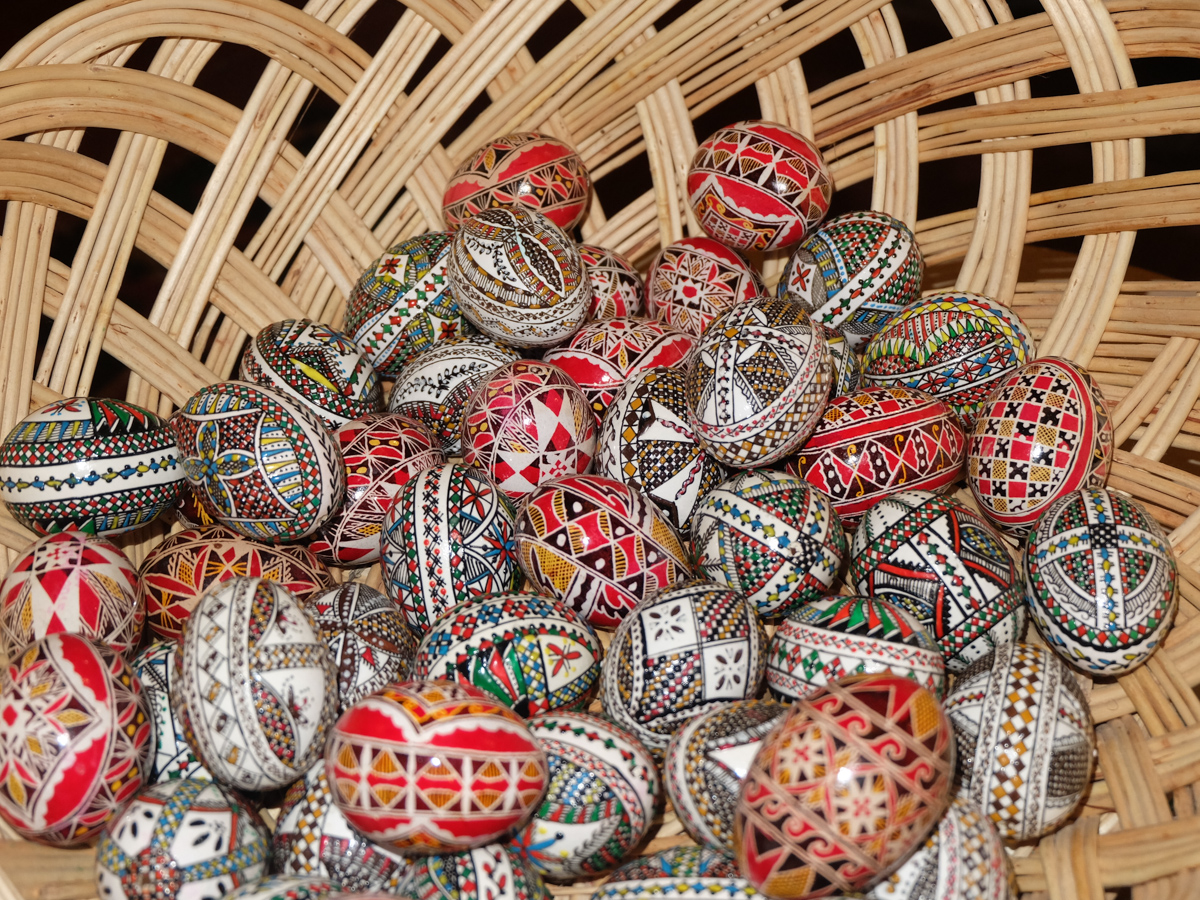 On the road to one of the largest cities in Bukovina region, you can pass through Targu Neamt. In Targu Neamt you can visit the Neamt Fortress and the Carpathian European Bison and Fauna Reserve “Dragos Voda”. Around the city of Targu Neamt there are also a number of important monasteries such as Agapia Monastery, Neamt Monastery, Horaita Monastery and Rasca Monastery. 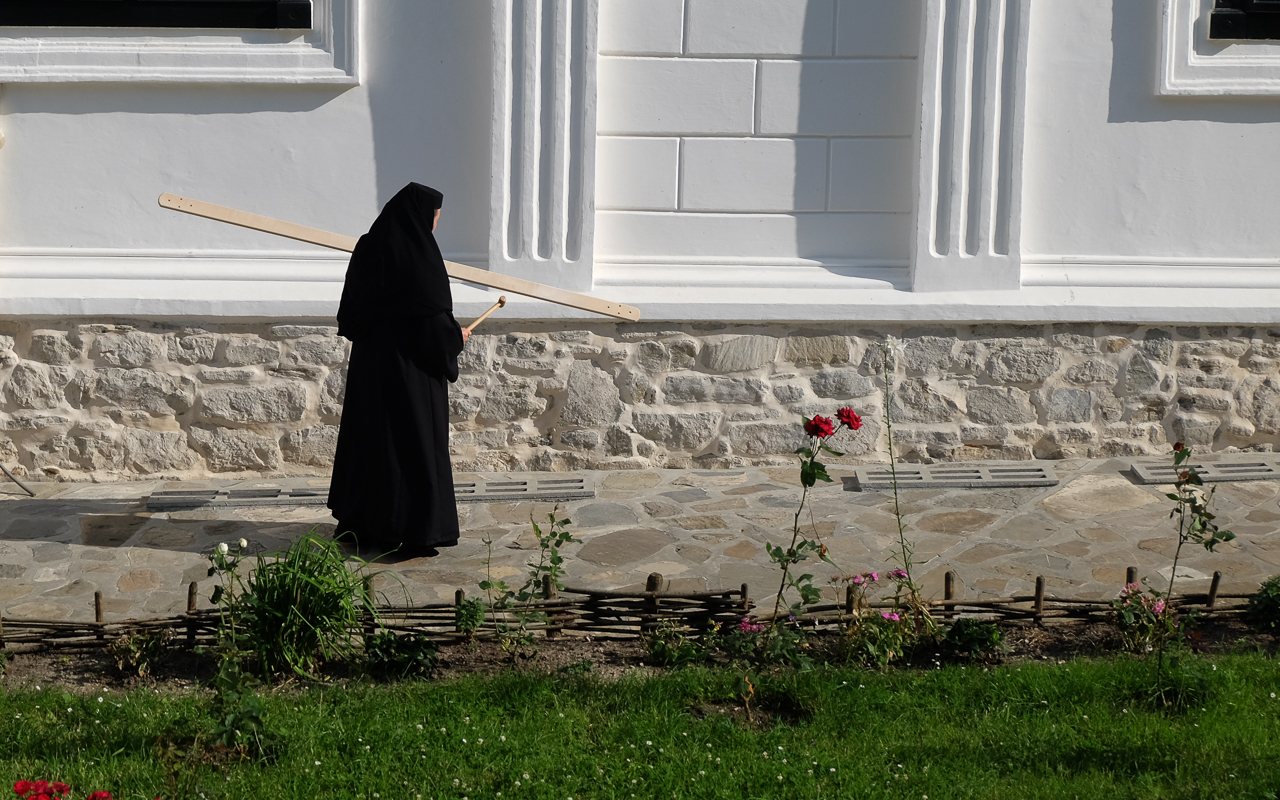 The painted monasteries near Gura Humorului

The town of Gura Humorului is a small, simple town without many tourist attractions. However, on a walk through its streets you will discover a small Bukovinean universe hiding under its concrete sidewalks. Most notably, the town is a good starting point to visit several monasteries surrounding it, many of them being UNESCO monuments, such as Moldovita, Sucevita, Arbore, Putna, Voronet and Slatina.

You should go on a short tour of the city of Suceava to discover all the beauties hidden on its streets. Among the most famous are the Suceava Citadel, the Prince’s Inn, the Monastery of Saint John the New and the Church of Mirauti. Nearby is the village of Ciocanesti, one of the most picturesque villages in Romania, because of its painted houses, decorated with traditional Romanian motifs. There are also other monasteries near Suceava that you can visit, such as Patrauti, Dragomirna or Balinesti, which shouldn’t come as a surprise as the Bukovina region has always been a center of spirituality in Romania. 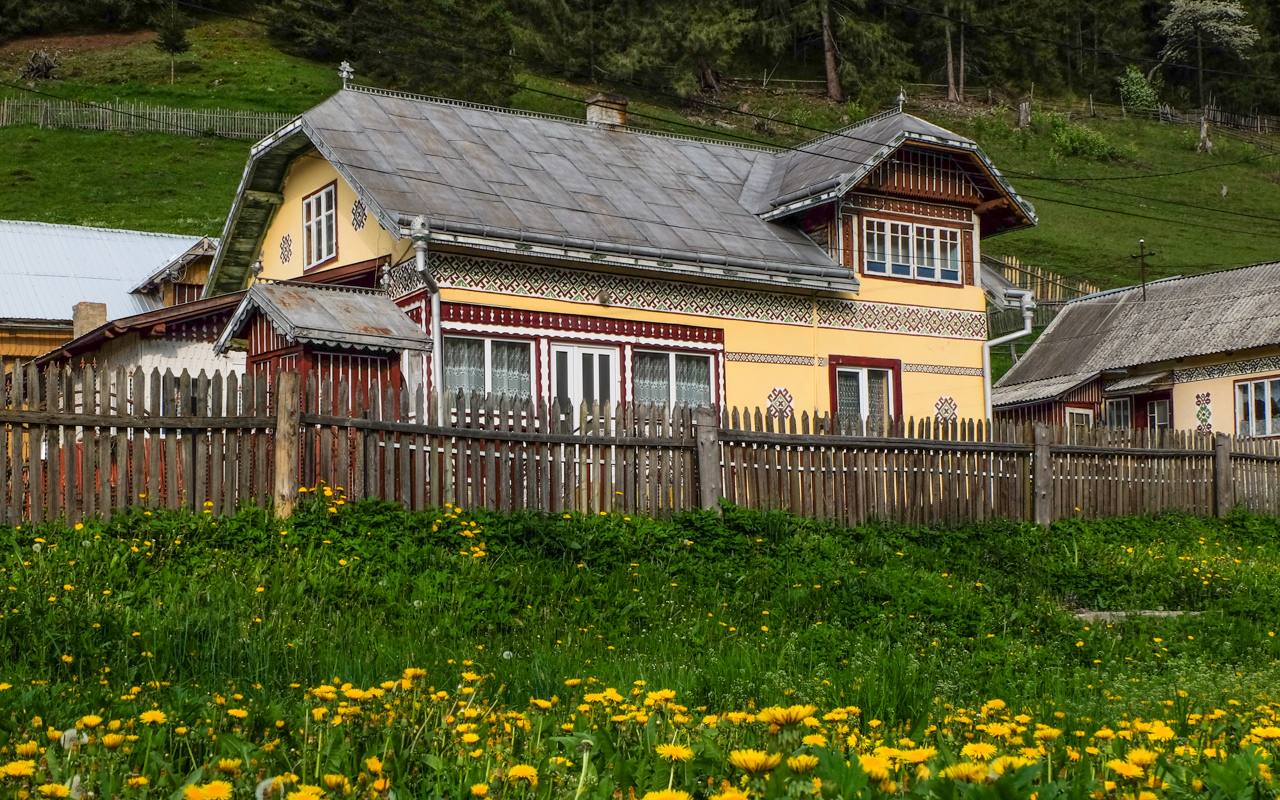 The painted churches of Moldavia

As we have already established, there are many churches scattered around the region, but some of them have become famous for certain specific details that make them unique.

Bukovina has a lot of monasteries founded by Stefan the Great, but Voronet is by far the most famous. Built in 1488, the monastery is especially famous for the blue color with which its outer walls were painted, a color that couldn’t be reproduced and is named “Voronet blue”

Voronet is said to be one of the most prestigious monasteries founded by the Moldavian ruler. It was founded at the advice of the monk Daniil, who told Stefan the Great not to hand over the country to the Turks, and in case he would be victorious in fighting with them, to raise a monastery. At present, the Voronet Monastery is part of UNESCO World Heritage and continues to fascinate visitors with its fabulous paintings made by Grigore Rosca.

This is the first monastery founded by one of the greatest rulers in Moldavian history, Stefan the Great, as well as the final resting place for him and his family. The construction was built between 1466 and 1470, following the victory of the Moldovans against the Tatars in Lipinti. Devastated by a fire and an assault by the Cossack army of Timus Hmelnitchi, the monastery was rebuilt almost entirely by Vasile Lupu, around 1653-1662. Putna is also known as the monastery dedicated to the Assumption of the Virgin Mary. One of the legends regarding Putna Monastery says that the place where it was built was chosen by Stefan the Great shooting with a bow and the monastery was built where the arrow had landed.

Built by Stefan the Gret’s son, Petru Rares, Moldovita is, along Voronet, one of the most famous monasteries in Bukovina. Painted inside and out in 1537 with frescoes that today are very well preserved, the church is a true delight for visitors, being simple, but at the same time beautiful and charming. At the monastery you can also visit the statue of Petru Rares, which is found in the inner yard. 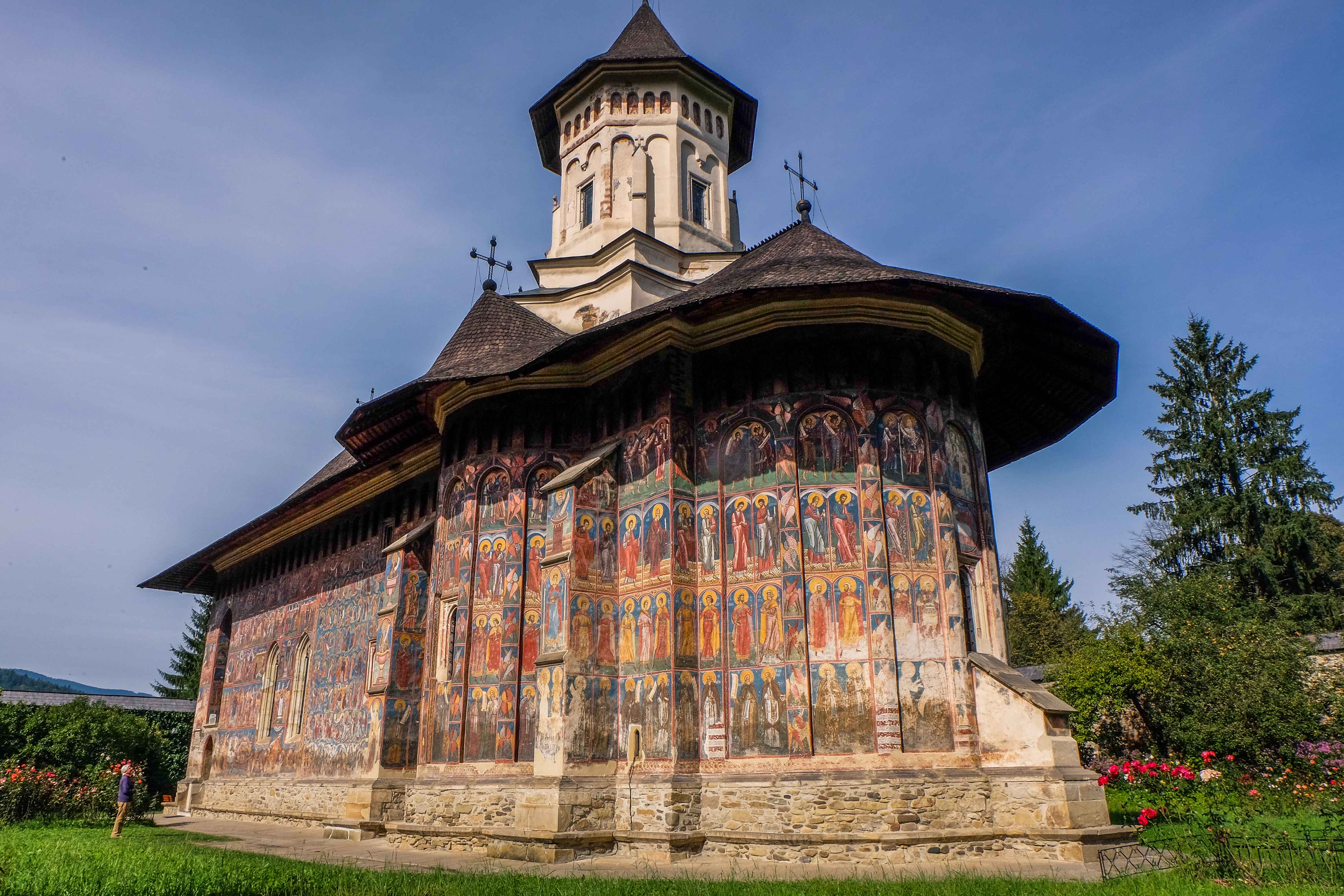 Part of the UNESCO heritage and located 18 km away from the town of Radauti, the Sucevita Monastery was built at the end of the 16th century at the expense of a local noble family, the Movilesti. The best-preserved, of all pictorial ensembles of Moldavian medieval art, Sucevita’s painting is both traditional and innovative. With its appearance similar to a big illustrated book, suggested by the multitude of scenes, which almost completely cover the walls of the church, both inside and outside, as well as the freshness of the extremely varied chromatic palette, these paintings are the most treasured feature of the monastery . 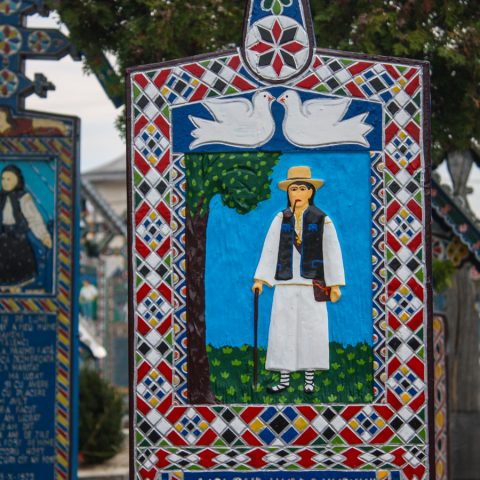 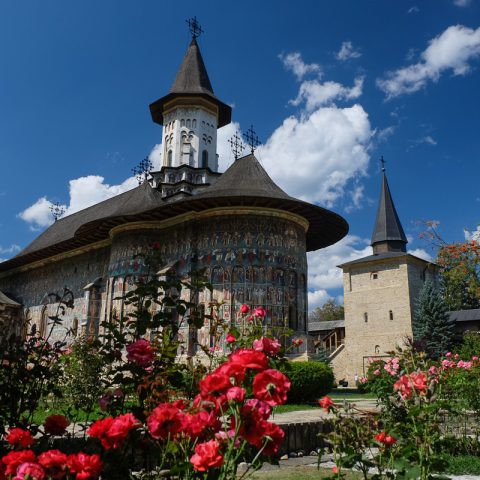