The Palace of Parliament from Bucharest, a troubled history 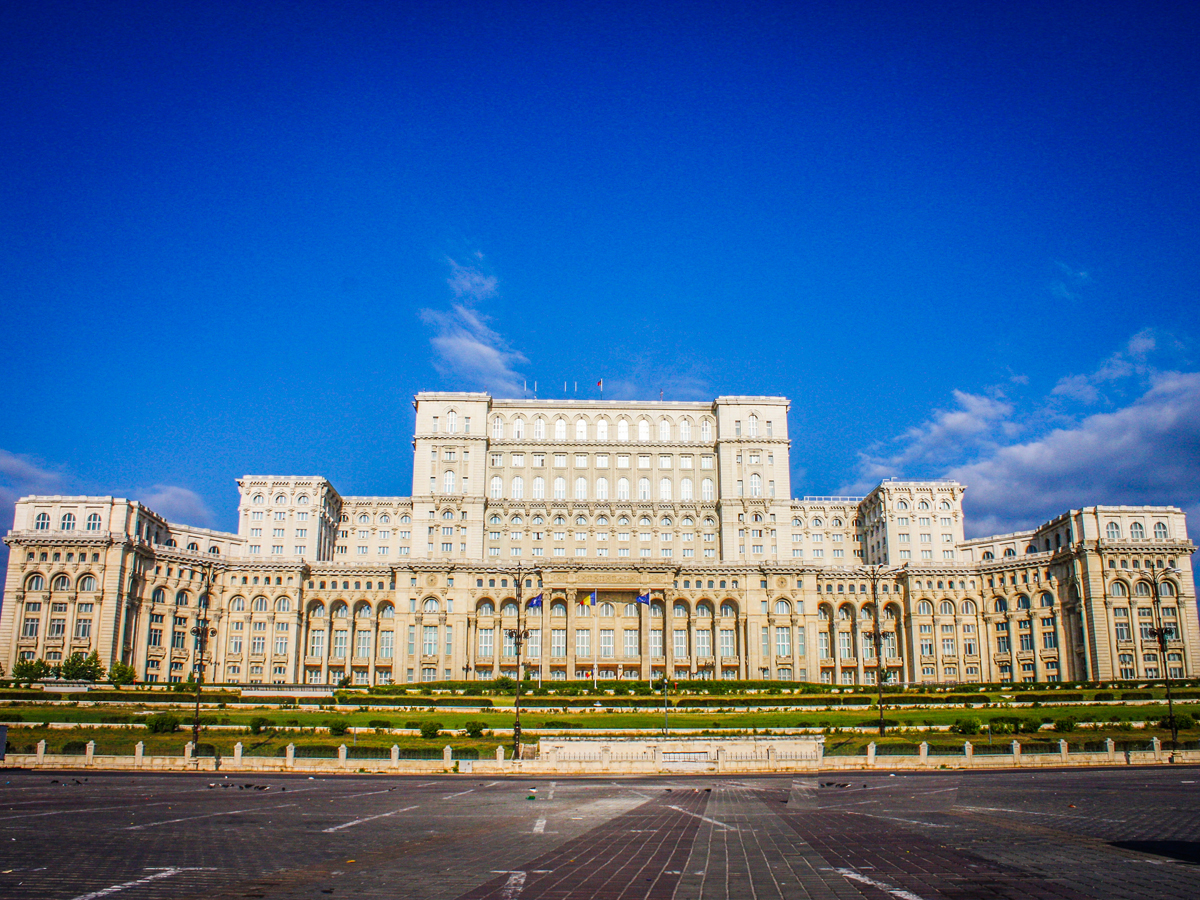 Hello from Bucharest, the capital of Romania! We decided to present you The Palace of Parliament inBucharest, one of the famous landmarks of the city.

The project of People`s Palace or Palace of Parliament in Bucharest was the idea of the last communist dictator of Europe – Nicolae Ceausescu.

The place where the Palace of Parliament stands was remodelled, and four neighbourhoods were torn down to make space for this colossal project. Some of the torn down buildings were hospitals, old churches, and historical houses. 57.000 families where forced to move in other areas of Bucharest.

This ambitious plan of Nicolae Ceausescu had started in 1984 and for building it up Romanian engineers had used only domestic construction materials: wood, crystal, marble, you name it.

Many people believe that the whole idea of the project was to keep away the Russians, or at least to impress someone else. I have to mention that the relations between Romaniaand the Soviet Union were tensioned, probably because Ceausescu criticized several times the aggressions made byUSSR against different countries in the Eastern part of Europe. 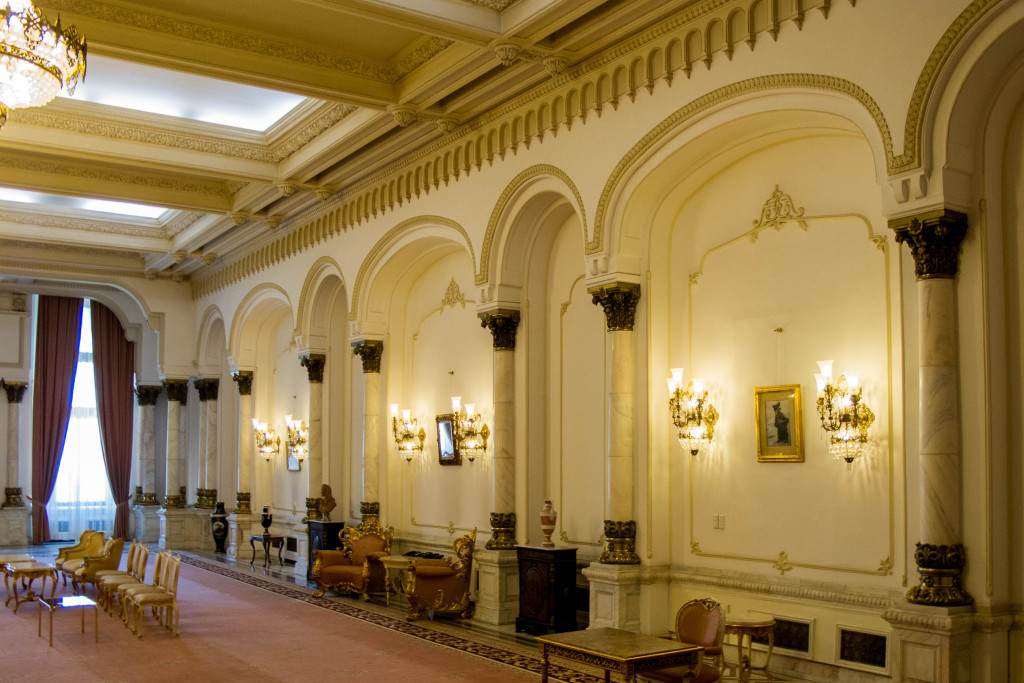 Palace of Parliament Inside

In 1956 USSR attacked Hungary to crush the local uprising of the students. At the end of the fighting, Hungarian casualties totalled at around 2,500 deaths with an additional 20,000 people wounded. A few years later, in 1968, almost the same thing happened in Czechoslovakia during Prague Spring events. 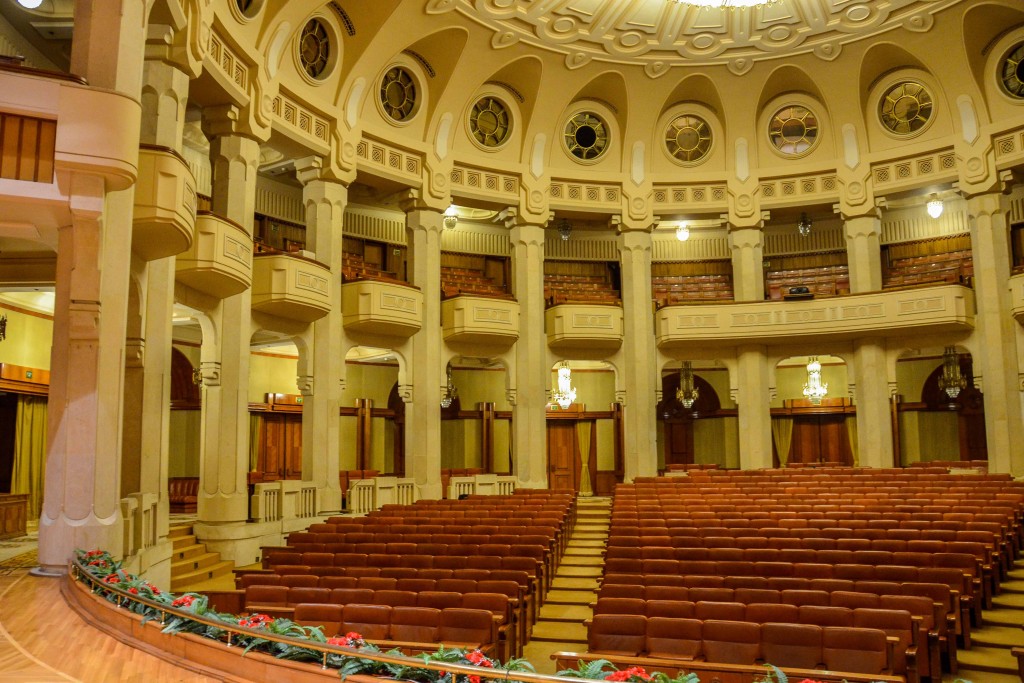 Asian inspiration for the Palace of Parliament

In the late 70`s Ceausescu made a few visits to India, China and North Korea. He met Kim IL Sen and Mao Zedong. Probably from there, he got inspired to build The Palace of Parliament and a large square for public speeches or military parades. In the front of the Palace of Parliament, there stands the largest square of Bucharest, which, ironically, is used today for large concerts, rather then for political speeches or military parades.

Unfortunately for Ceausescu, he never got the chance to hold a speech or to watch a military parade from the balcony of the People`s Palace. In December 1989, when the Revolution came and Ceausescu was arrested and then executed, the project was not completed. In fact, just 65% of the building was finished. 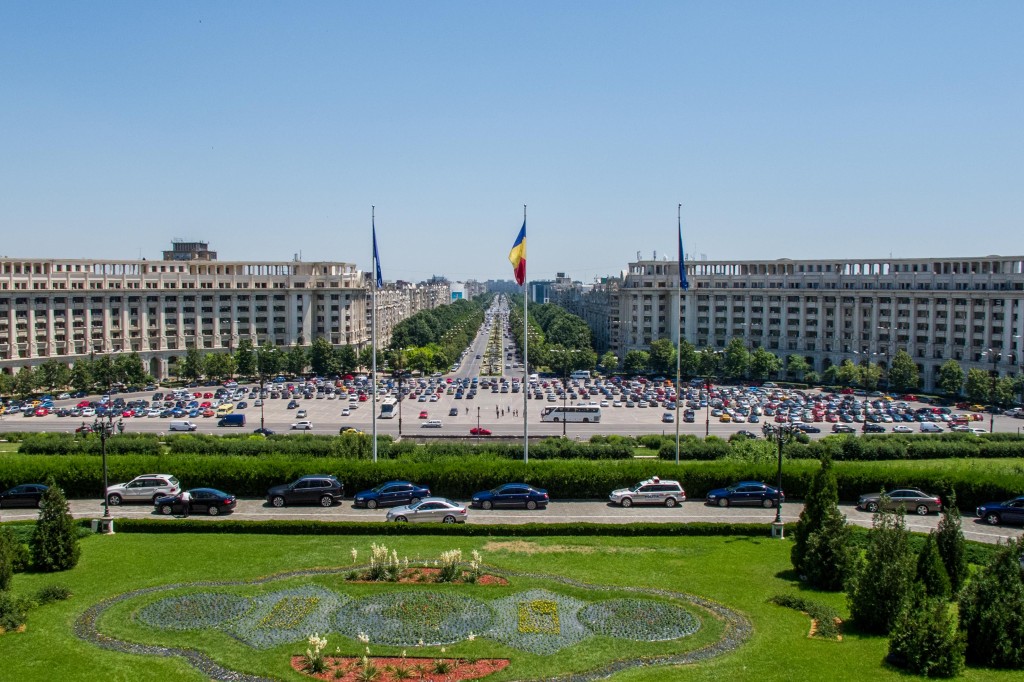 The Palace of Parliament today

Today, thePalace of Parliamentis the second largest building in the world (the Pentagon is the largest). The entire building is naturally ventilated. Taking a tour inside, you will see this feature. Almost every room has holes for ventilation. This was another idea of Nicolae Ceausescu and not because he wanted to have green energy but probably more to avoid the poisoning through the air machines. 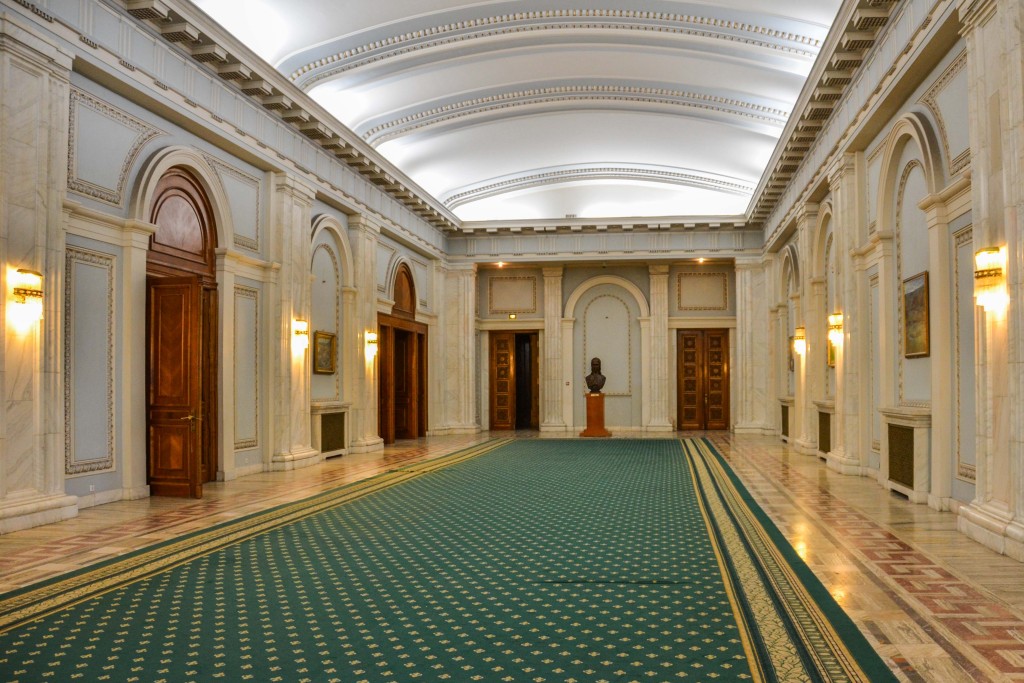 Beneath this mammoth building, there is one of the largest underground structures. The basement is 92 m deep and is designed to host a few thousands of people in case of a nuclear attack. Imagine the building was constructed during the Cold War time.

In 1992, Michael Jackson stood on the large balcony overlooking the Romanian version of the Champs Elysees and addressed the large crowd outside by saying to them, “Hello Budapest!”  Way to be a cultural ambassador, Mikey.


Comment On The Palace of Parliament from Bucharest, a troubled history

The Palace of Parliament is the second largest building in the world after Pentagon with more than 1000 rooms and a total cost of 2 billion dollars. I wonder if Ceausescu could have made it a little bit bigger?