The truth behind the wooden churches of Maramures 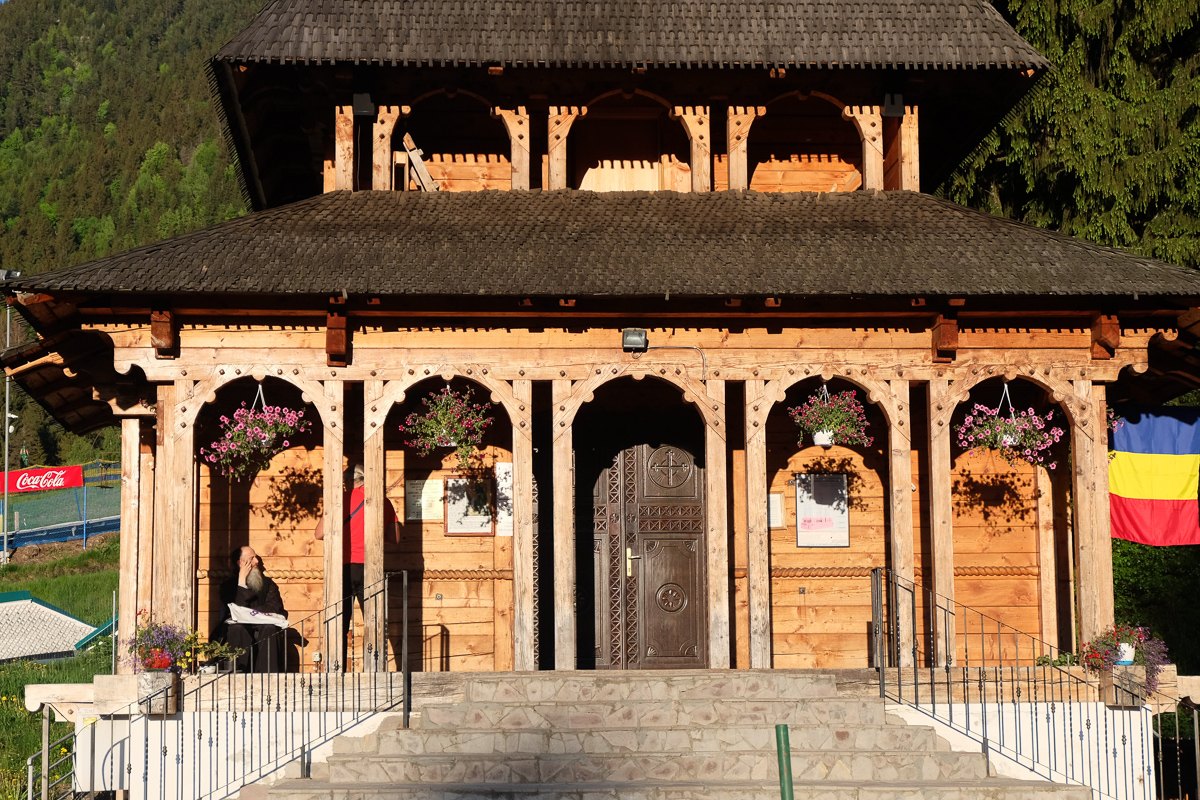 All these churches are remarkable examples of mountain-specific architecture in northern Romania and several historical periods. The high and narrow construction impresses by the technique of wood joints and the realization of the shingle roofs, as well as by the ornamental motifs with which they were decorated.

The wooden church from Budesti

The wooden church of St. Nicholas from Budesti, Josani dates back to 1643, being considered an astonishing construction in its time and even for long time afterwards. It’s the largest church in the historical region of Maramures, being built on a hill and dominating the central area of the village. 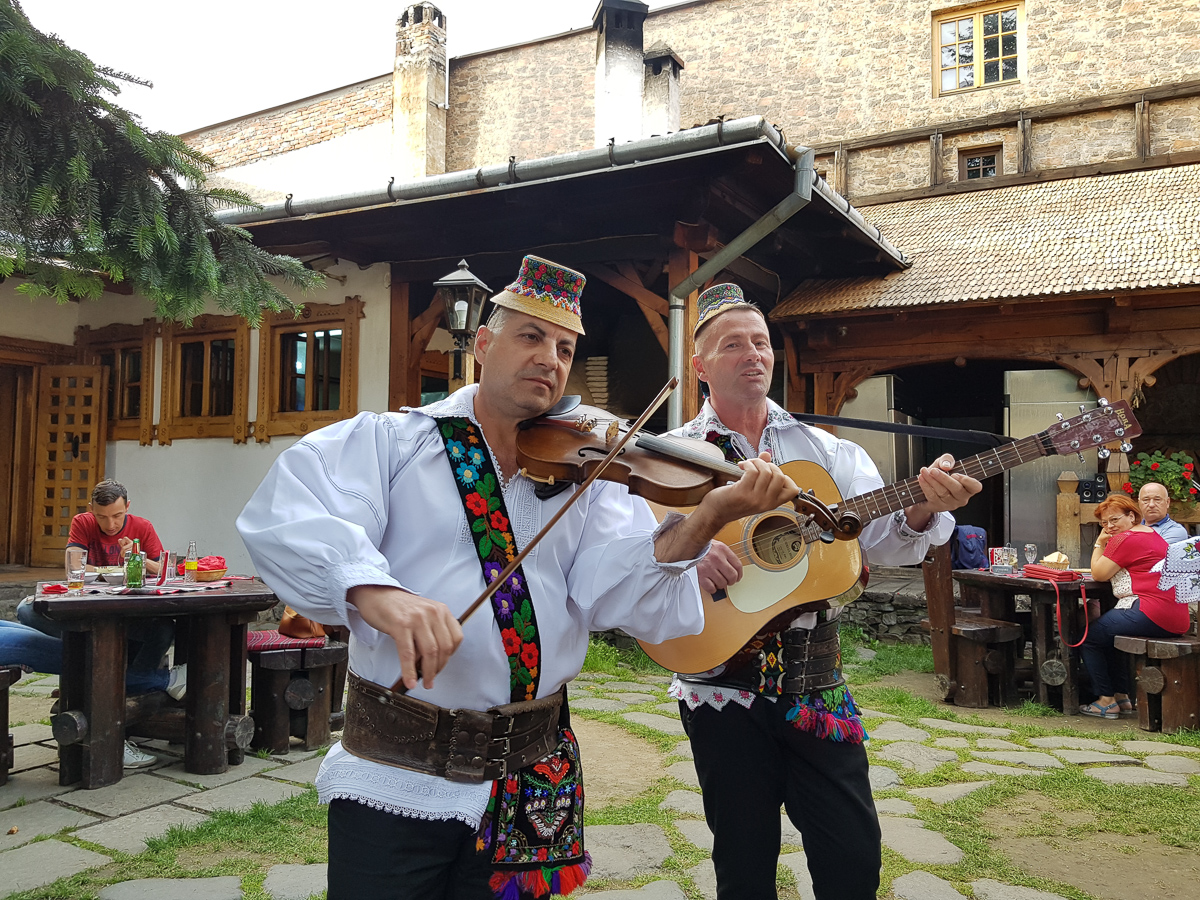 Asides from the interesting architectural style and the collection of old religious paintings, the church houses a rather interesting item – the coat of mail and the helmet of Pintea the Brave. This was a local Robin Hood-type character which used to steal from the rich and give to the poor, which made him a rebel and a hero at the same time for the people in the area. 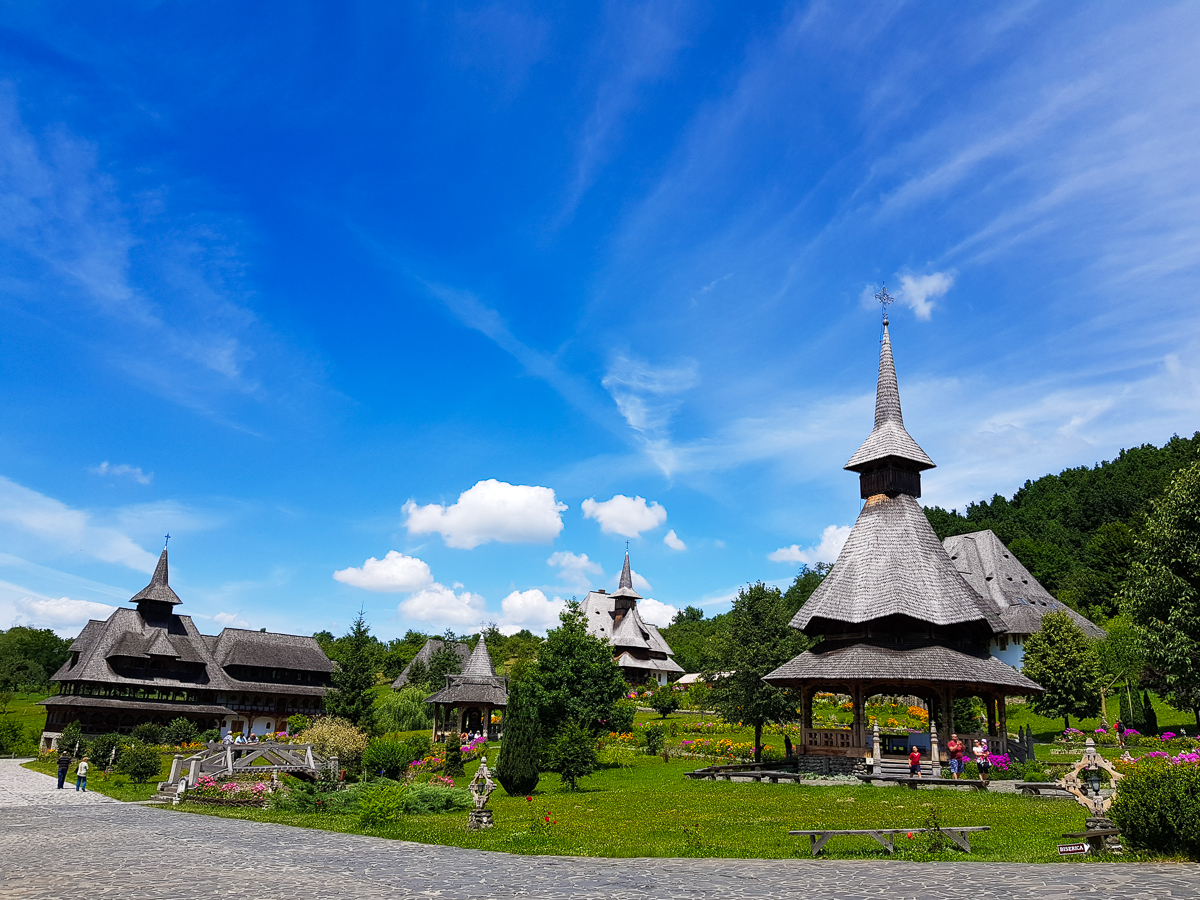 Pintea was born in 1670, in a village from Cluj County. During that time, the region was under Austro-Hungarian domination and the Romanian population had a tough time because they had to pay high taxes. Because of this context, a man like Pintea became a local hero and many legends were said after his death. One of them was related to his coat of mail, which apparently had a small weak point, just like in Achille’s legend. This is why the coat of mail was carefully preserved with his helmet.

The wooden church from Desesti

Built in 1770 on the site of an older church, it has preserved its original form. The painting, with post-Byzantine influences, made in 1780, was very well preserved. On all the interior walls classical scenes from the Bible are represented. In the patrimony of the church there are also 14 wooden icons made during the 17th and 18th centuries.

An interesting piece of trivia related to this church is the fact that in its cemetery there are also a few Celtic crosses, which further prove the fact that the site was a burial place for centuries.

The wooden church from Barsana

The legend that was created around the church says that the wonderful place was built with great sacrifices. It seems that all the villagers who worked on the construction of the church’s tower had all kinds of problems after the construction was finishes, a sign of the sacrifices they had to make. The church from Barsana is one of the oldest in the region, which can easily been seen in the way the color of the wood washed out throughout the years, so from the distance it looks almost white. 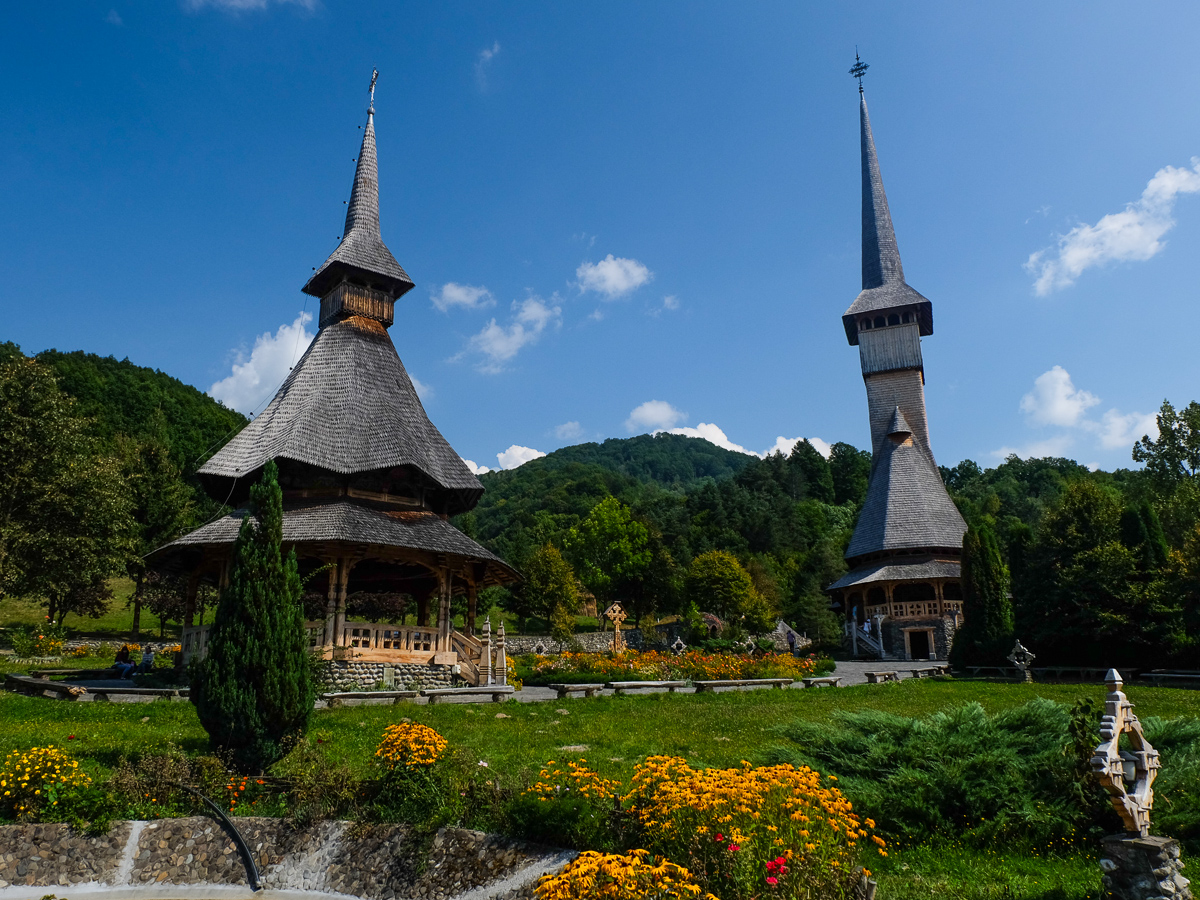 The wooden church in Barsana is also called “the walking church” because it has been moved a couple of times until it was placed on its current location.

The wooden church from Poienile Izei

The wooden church from Poienile Izei can be considered somewhat of a miracle. The edifice of worship has survived almost intact for more than 400 years against all the hardships of history or nature. It’s without a doubt one of the oldest monuments in Maramures, dating back to 1604.

The construction is a rather miniature church on which the Gothic tower looks even more impressive. Unfortunately, like in the cases of most churches in Maramures, the wood craftsmen who built it are not known, but the wall paintings were made in 1793-1794 by a local artist.

The wooden church from Ieud Deal

For the group of eight wooden churches in Maramures, the one from Ieud Deal – named like this because there are two churches in Ieud, this one is the most famous because it was considered to be the oldest wooden church in Romania. In addition, the “Codices of Ieud “, a manuscript discovered in 1921 in the church’s attic, was speculated to be the oldest text preserved in Romanian.

Recent research has shown that neither the church nor the codices are as old as believed. The wood from which the church was made was dated to the beginning of the 1600s, as well as the Codices. Nevertheless, the church is an architectural jewel, impressive enough without historical records.

The wooden church from Surdesti

The church is distinguished by the impressive dimensions of the tower raised above the entrance. The tower is 54m and the church has a total height total height of 72m, which places it among the highest wooden sacral constructions in Europe and the world. 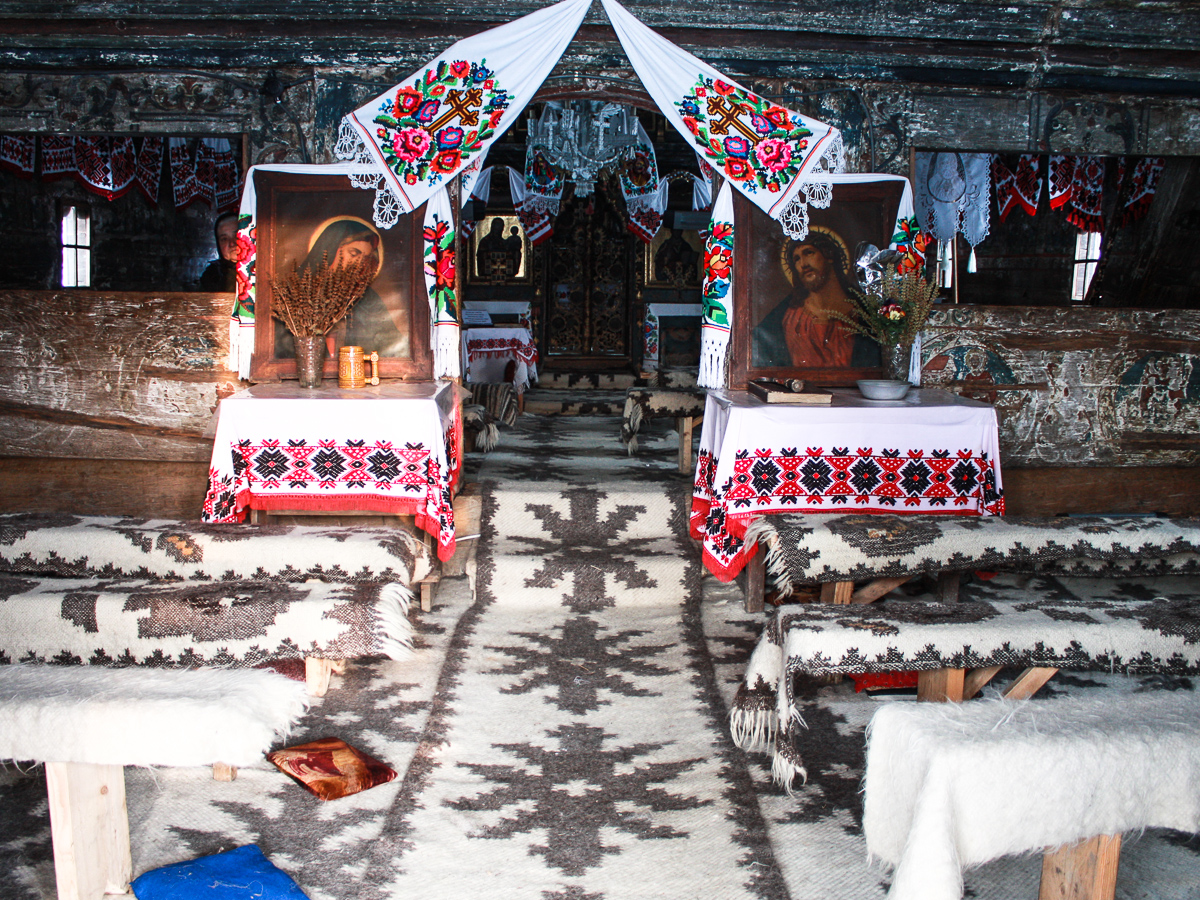 One of the particularities of this church is that the old tombs in front of it imitate Roman sarcophagi. The story goes that there is a miraculous icon in the church. During Second World War, a soldier fired an arm at the icon, but the bullet ricocheted and hit the soldier straight to the head.

The wooden church from Plopis

As churches for in the past to villages what markets were to towns and cities, this church has an interesting element that suggest there was and Elder’s Council in the village and gathering were held at the church.

The church’s tower is surrounded by four turrets, which reproduce on a small scale the church’s own tower, a distinctive sign that the village had an Elder’s Council with the right to judgment.

The wooden church from Rogoz

The church is more than 350 years old as it was rebuilt to its current form in 1663, after it was burned down during enemy invasions in the area.

The construction is finished in consoles that have the shape of a stylized horse head, and its’ finished using wooden beams and wood nails. There were no iron nails used for the construction. Another interesting element is the rich decorations carved into the exterior walls, as well as the interior paintings made by some of the most famous Romanian religious painters at that time.

This church is not a UNESCO monument, but it’s one of the largest wooden churches in the world and the largest in Europe, so it’s worth visiting to see such an impressive construction. 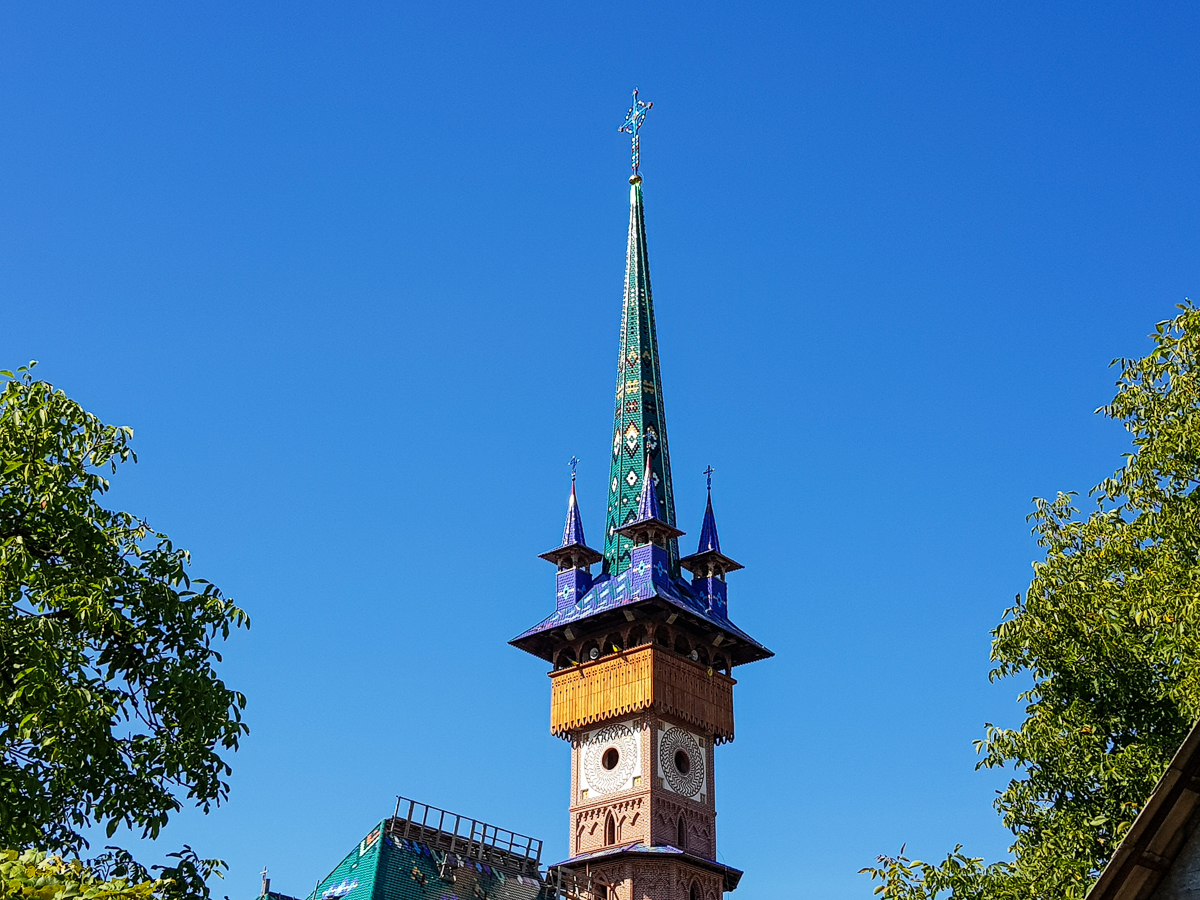 The wooden churches are just some the main attractions of the Maramues region and they are so popular because of their remarkable place in Romanian architecture, art and history. If you want to explore Romania on an extensive tour or if you decide to visit Transylvania, don’t forget to add Maramures on your bucket list. To see more interesting religious monument, try our painted churches tour in in Bucovina.