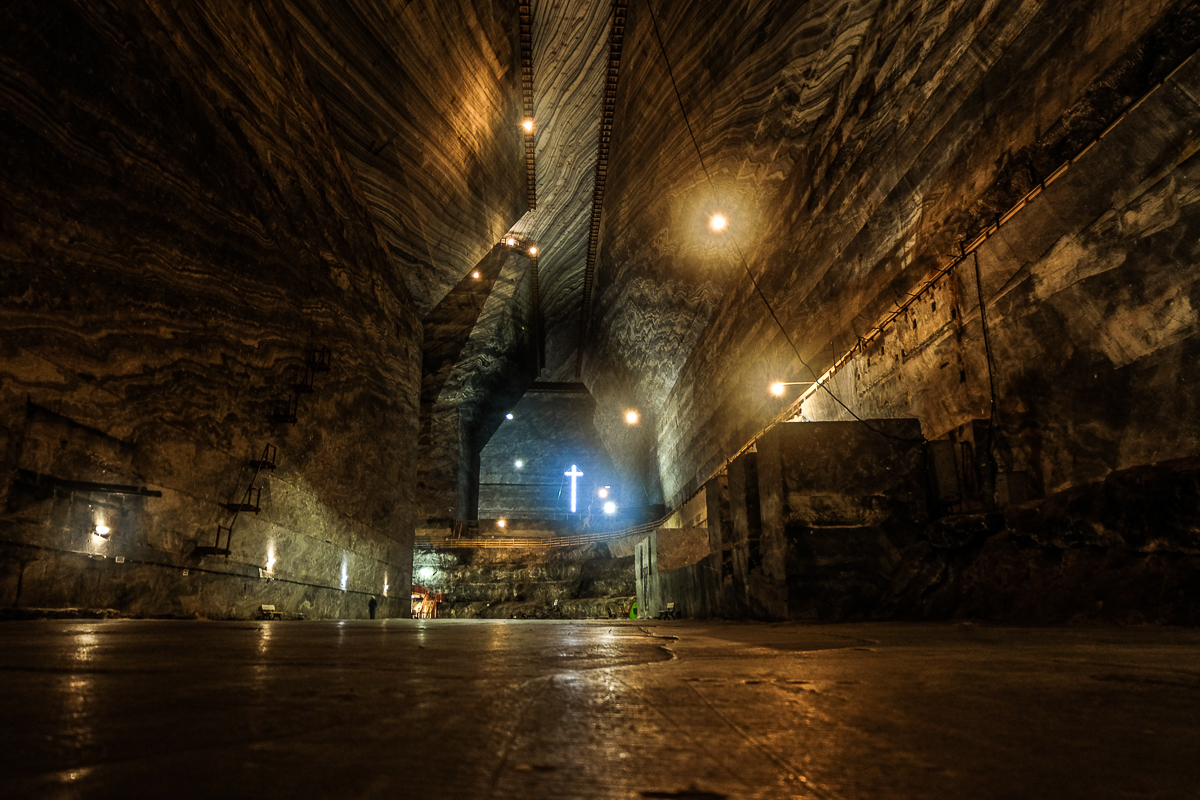 About 100 kilometers from Bucharest and 44 kilometers from Ploiesti, the Slanic Prahova salt mine is a recognized destination for balneal and touristic activities since 1853, when it was declared a tourist destination of national interest in Romania.

Among the superlatives of the salt mine (especially the Union Mine), the most important tourist and health objective in the resort, there is a huge volume of excavated salt, about 2.9 million cubic meters, which led to the creation of cavities with gigantic volumes, respectively 14 trapezoidal rooms totaling about 80,000 square meters.

The 14 underground rooms have an opening of 10 meters to the ceiling, 32 meters wide at the bottom, and the height is 54 meters. The depth of the salt mine is 208 meters. The impressive dimensions granted it the title of the largest salt mine in Europe.

Day trip to the Slanic Prahova salt mine

According to the existing documents, Mihai Cantacuzino, who was part of a prominent noble family in Romania at that time, bought the Slanic estate around 1685.  In 1713, the Slanic estate was donated to the Coltea Monastery from Bucharest. Between 1943 and 1970, the mine still functioned, and after 1970 it became a tourist attraction. 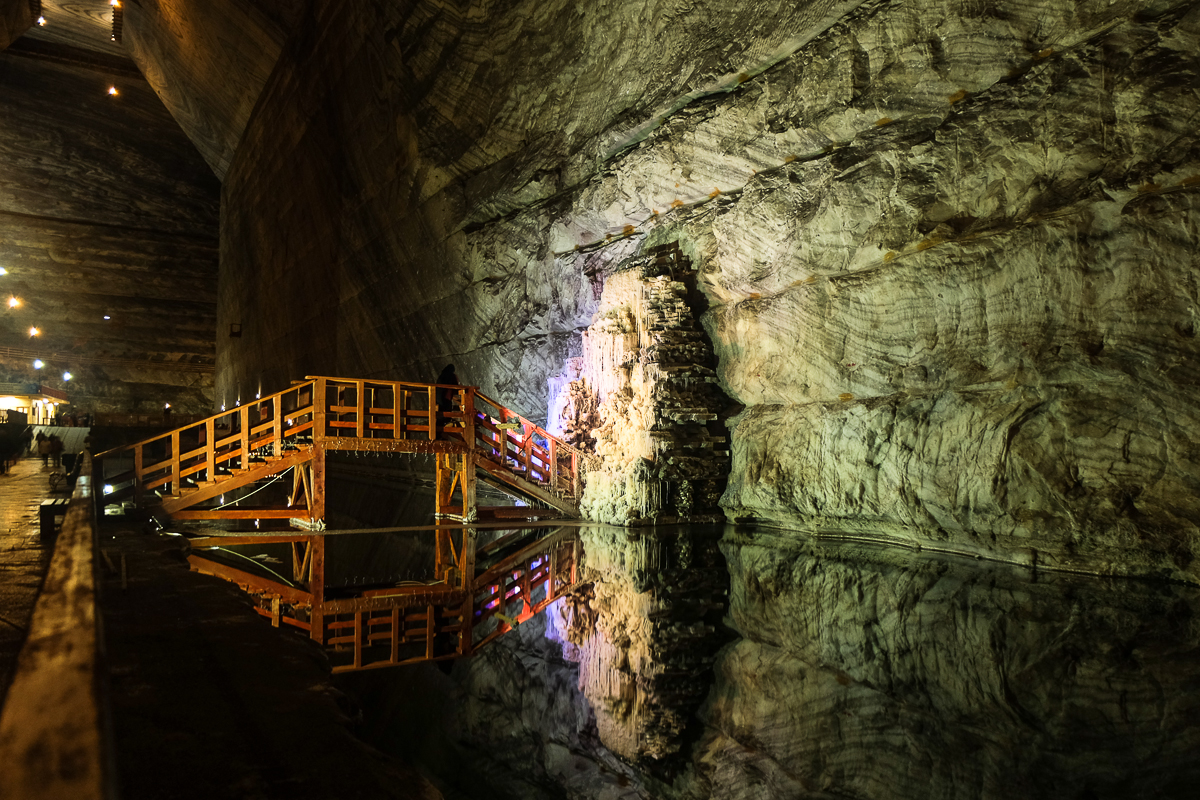 Visitors’ access was ensured by descending with a “cage” through the extraction pit, arranged for the transport of persons, up to a depth of 208 meters. Recently, after the interior elevator used to access the mine had been damaged, visitors could go into the mine with minibuses. Tourists can see on the route the elements of the internal structure of the salt mass, the various colored bands with gray and white tones of the salt, as well as the old places where the salt was exploited for centuries.

A tour of this impressive salt mine takes only about two hours, while you can also enjoy the benefits of the saline air. Although the Turda salt mine has become more popular over recent years, due to the extensive development that was made to turn it into an underground amusement park, the Slanic Prahova salt mine can be considered more modest, but it still impresses visitors through its size.

The purest air on earth

While this assessment is open for debate, considering that there are still many places that are not properly explored by man, as incredible as it may sound, the salt mine does have an air that can be considered as being extremely pure.

The indoor “salt palaces”, as the large rooms are called, have a constant microclimate, a constant temperature throughout the year of 13 ° C, a humidity of approximately  60% and saline aerosols with therapeutic effects on health, which has led to the use of the salt mine for recreation purposes, as well as for treatment of respiratory diseases.

The climate conditions from the mine create the premises for the purest (or at least one of the places with the purest air on the planet, almost completely lacking radiation and pollution. The National Institute of Physics and Nuclear Energy frequently performs tests and measurements in the salt mine and rumors say that the place is even in the cards for setting up a European cosmic research center there.

The perfect travel destination for a relaxing day

Inside the salt mine, there is a sanatorium with 50 places, equipped with beds, chairs, and tables, where visitors with respiratory problems can spend a few hours just to relax and breathe in the air. A two-week treatment is recommended for people with lung problems, so the salt mine doesn’t attract only tourists from all over the world, but also people who come especially for health reasons. 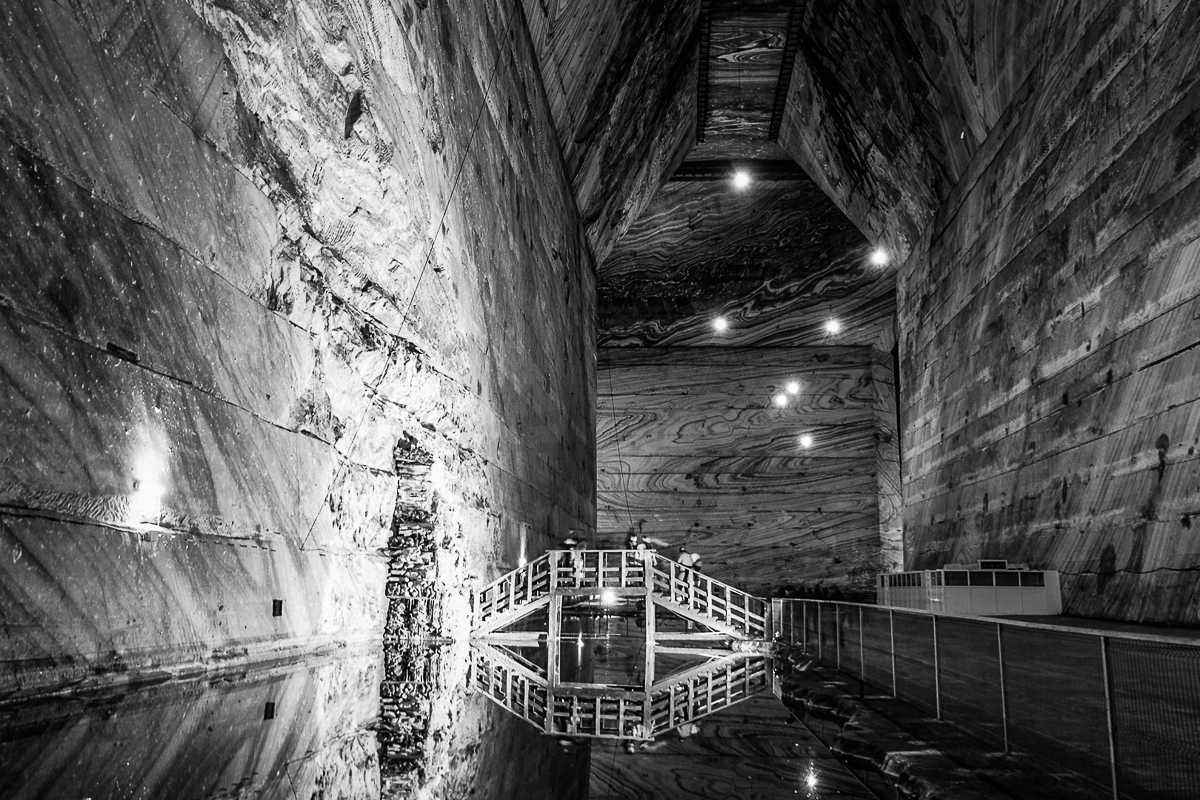 Also, playgrounds with slides and swings, sports fields, volleyball courts, handball courts, tennis courts, carting and mini-football, a billiard table room and a buffet are set up in the salt mine. So there is entertainment available for those who want to engage in certain fun activities. Often, various competitions, exhibitions, and concerts are organized in the Union Mine, the largest of them all.

National and international aero modeling competitions are also fun to watch, possibly due to the special climate in which the air circulation speed is close to 0.

The most spectacular room of the salt mine is the Genesis Hall, which houses the busts of Trajan, Decebal, and Burebista (the historic personalities who influenced the formation of the Romanian people), all made of salt, as well as sculptures with elements specific to the Daco-Roman period. In the salt mine, there is also a bas-relief of Mihai Viteazul, the first Romanian voivode who unified all the Romanian lands for a short period of time, as well as a bust of Mihai Eminescu, which is considered one of the greatest Romanian poets of all time.

Our recommendation is to complete a day trip to the Slanic Prahova salt mine with a wine tasting at the vineyards of the Dealu Mare region, for the perfect relaxing day. For this experience, you can book our Wine tasting and salt mine tour, or if you’re interested in other fun experiences in Romania, you can take a look at our other tours in Romania.