The Dracula Guide to Romania 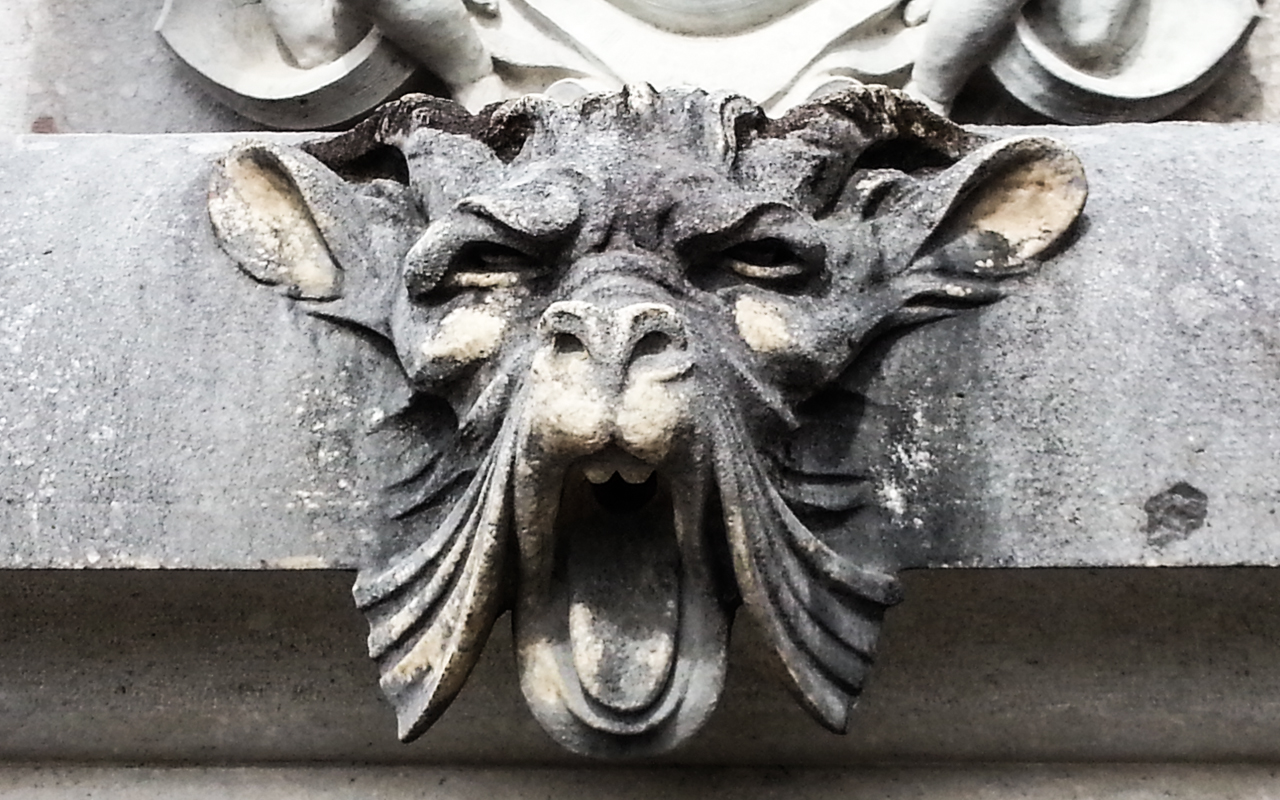 Although the first mention of Count Dracula appears in Bram Stoker’s novel “Dracula” (1897), it was not Stoker who invented that name. The “original” Dracula lived in the fifteenth century; he was not a count, but a voivode and was not a vampire (nor was he ever associated with the folk tradition of these beings). His name was Vlad Tepes, and Stoker knew nothing of the historical character, but found his name in one of the books he studied), where there was a short mention of Prince Dracula and the battle against the Turks.

Over time, the historical character has become more and more confused with the literary one. Count Dracula was not the first vampire in the history of literature – vampires had been in folklore for hundreds of years, and Stoker used various pieces of information about local legends in Transylvania as well as nineteenth-century English literature.  So, if you do want to find out more about the life of the real Dracula, you should first learn a little more about his story.

In search of the real Dracula

Vlad Tepes was born in 1431 in Sighisoara. His father, Vlad Dracul, was at that time the governor of Transylvania, a function he had been appointed by Emperor Sigismund. Tepes was the nephew of another great voivode: Mircea the Elder. 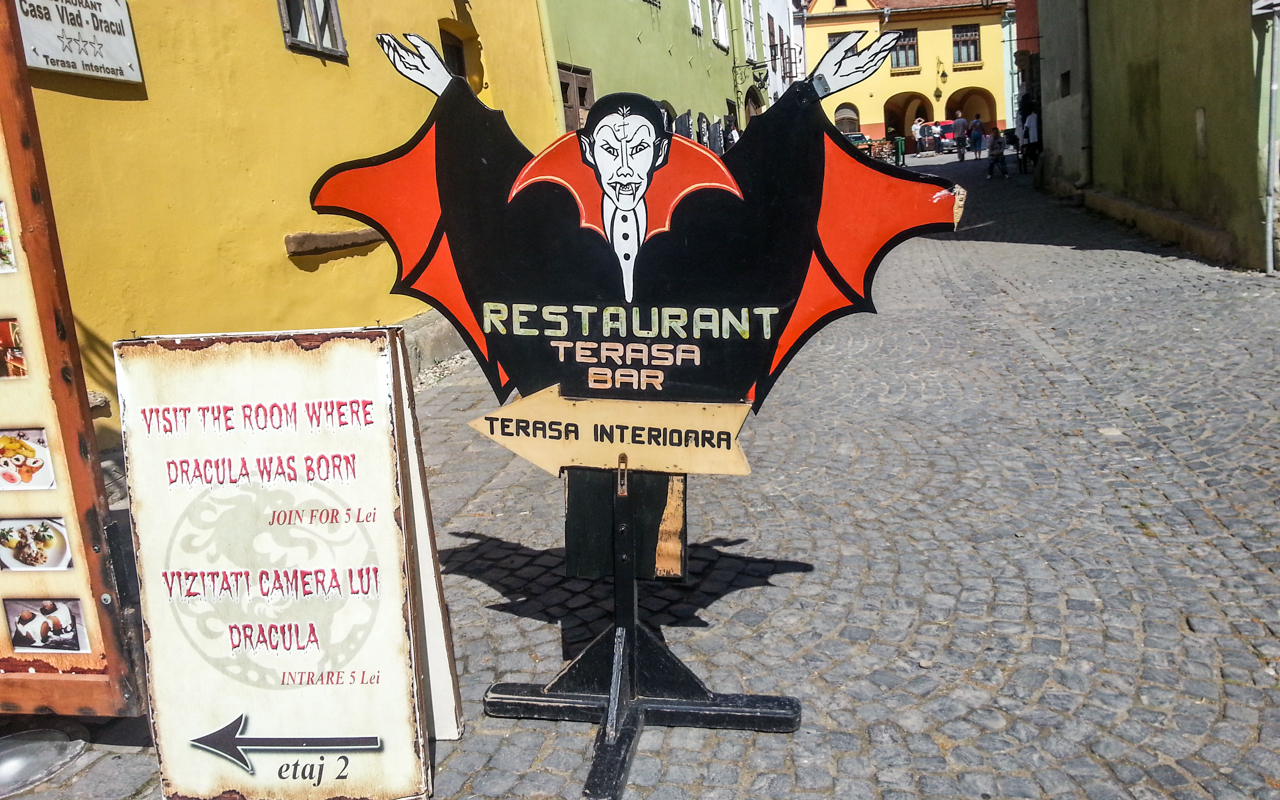 In the winter of 1436-1437 Vlad Dracul becomes the ruler of Wallachia and establishes his residence in Targoviste, the capital of the principality. Tepes followed his father and lived at the Princely Court for six years. In 1442, for political reasons, Vlad and his younger brother Radu were taken hostage by Sultan Murad II and remained in Turkey until 1448 and 1462 respectively. Released after the assassination of his father by Vladislav II  Vlad Tepes learns about the death of his older brother Mircea, who had been tortured and buried alive by the noblemen from Targoviste.

At the age of 17, Vlad Tepes, supported by the Turks, is trying to conquer the Wallachian throne, but is defeated by Vladislav II. In 1456, Tepes made another attempt, this time successful, and now is the time when he begins his longest reign (six years), committing many bloody crimes that have brought him his controversial reputation. His first major act of revenge was to revenge his father’s death. Thus, in 1459, he arrested all noble families who had participated in the assassination – some of them were impaled, while others forced to walk from Targoviste to Poenari, where they built a fortress on the ruins of another old outpost, over the Arges River. Since most of the noblemen died in these circumstances, Tepes basically gathered a new court.

Vlad Tepes became well-known because of his brutal punishment techniques: those who committed crimes were skinned, cooked, decapitated, blinded, hanged, burned, fried, buried alive or impaled – the latter method being the one from which the Tepes surname comes from (“teapa” = “stake”).

At the beginning of 1462, Vlad Tepes launched a campaign against the Turks along the Danube, succeeding in 1462 to win. To take revenge, Sultan Mehmed decided to invade Valahia and turn it into a Turkish province. He entered Valahia with an army three times larger than that of Tepes. Under these conditions, and without any ally, Vlad had to withdraw to Targoviste. Mehmed left the second part of the battle to Vlad’s younger brother, Radu, the Turkish’s favorite at the Walachian throne. Radu followed Tepes to Poenari Fortress, on the banks of the Arges river. According to the legend, this is the moment when Vlad’s wife, in order not to be captured by the Turks, commits suicide by throwing herself off the rocks. 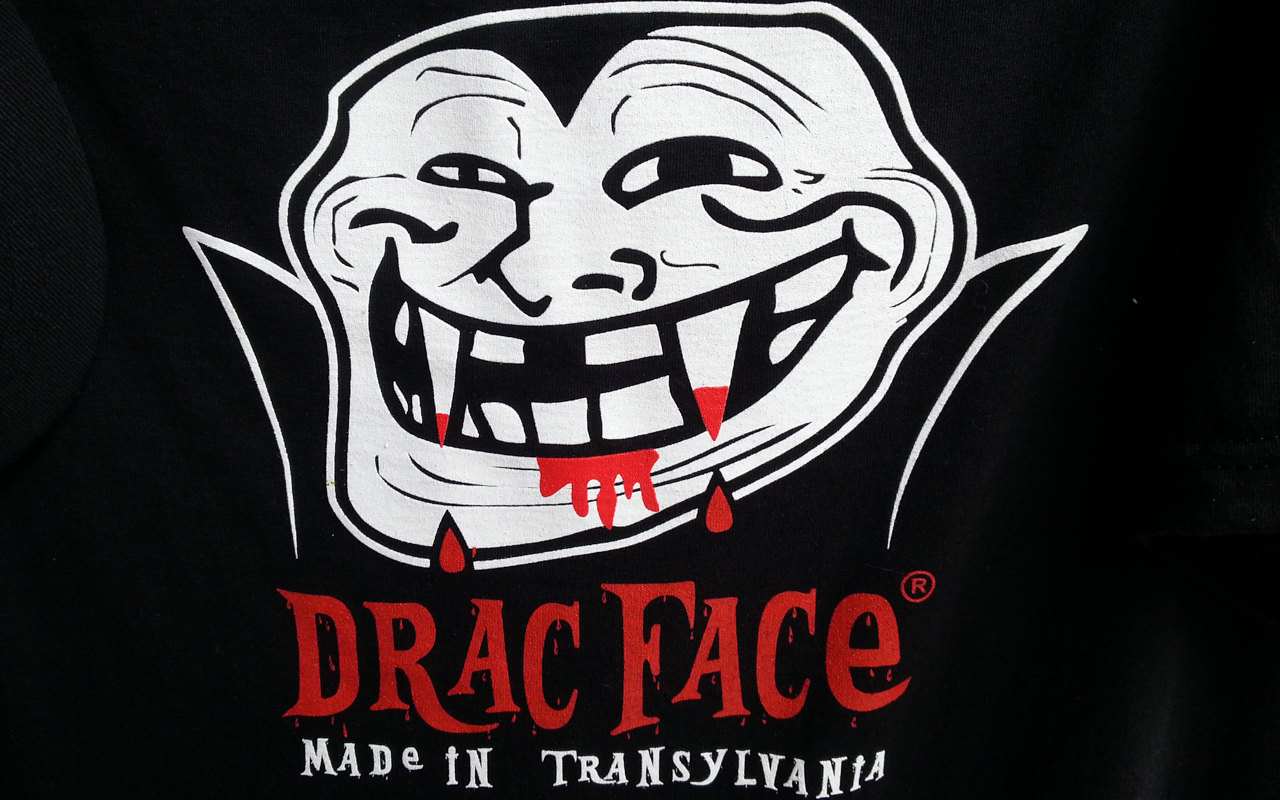 Vlad, on the other hand, managed to escape using a secret passage from the mountain. Helped by some peasants, he fled to the village of Arefu and from there he arrived in Transylvania where he met the king of Hungary, Matei Corvin. Instead of helping him, he arrested and incarcerated him. Vlad Tepes remained for twelve years in Hungary, while his brother Radu reigned in Wallachia. After the first four years, Tepes was allowed to move to a home. In order to gain the benevolence of the royal family, he also married the king’s sister (according to some sources). He became Catholic, to please the Catholic Magyars. 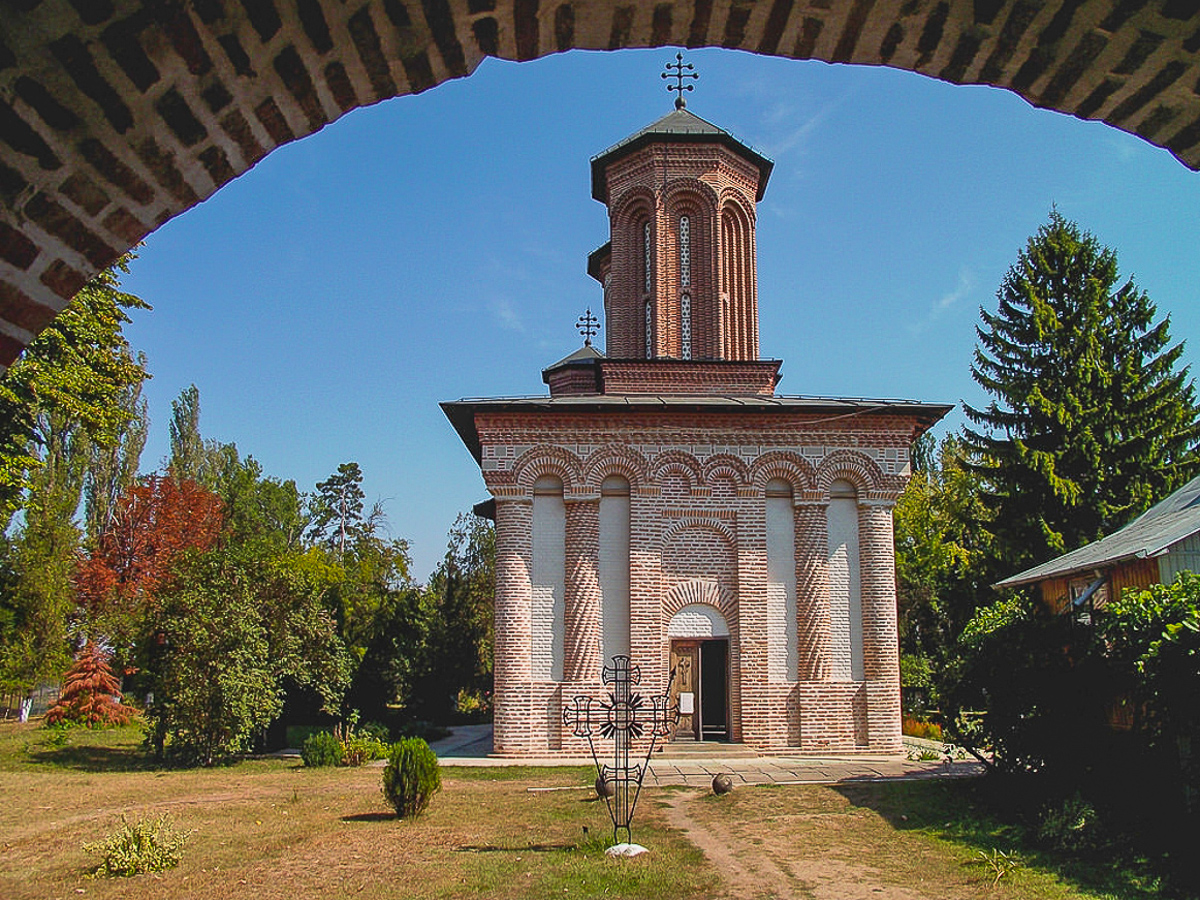 In 1476, Tepes entered Wallachia with the help of Moldova and Transylvania. This third reign lasted only a few months. Vlad was assassinated on the battlefield in a new battle with the Turks. He was beheaded and his head was taken to Constantinople as evidence of his death. Although there is no clear evidence, it seems that Tepes’ body was buried at the Snagov Monastery near Bucharest.

Situated 30 km from Brasov, between Bucegi Mountains and Piatra Craiului Mountains, Bran Castle is an important national monument and a landmark of tourism in Romania, due to its beauty, the landscape and the legend of Count Dracula. 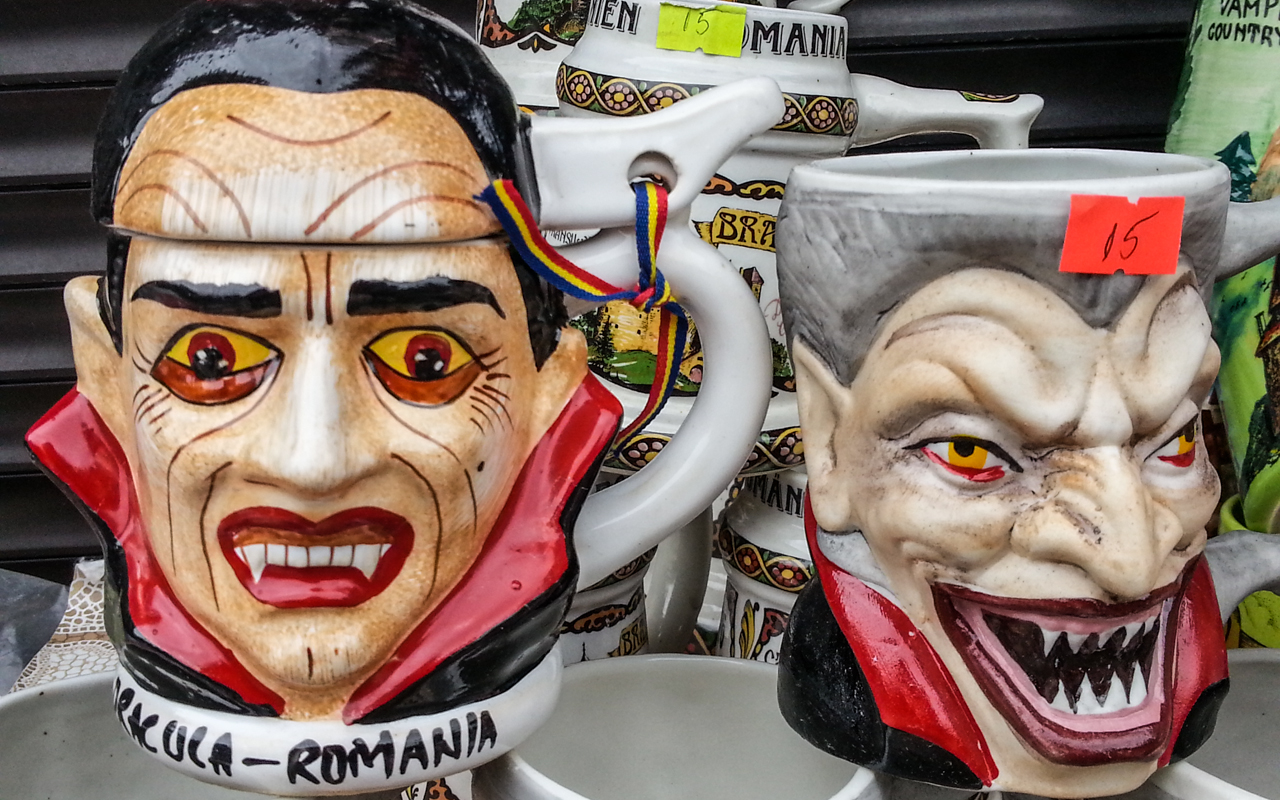 The first documentary attestation of Bran Castle is the document issued on November 19, 1377 by Ludovic I d ‘Anjou, by which the people of Brasov  were given the privilege to build the fortress, to  which the king subordinated 13 localities. Between 1419-1424, the fortress was in Sigismund’s possession, for at the end of the fifteenth century it was under the authority of the Szeklers’ committee, responsible for the defense of the southeastern Transylvania. At the beginning of the 20th century, the castle was owned by the Romanian royal family, then it belonged to the state during the communist era and now it’s a private property. 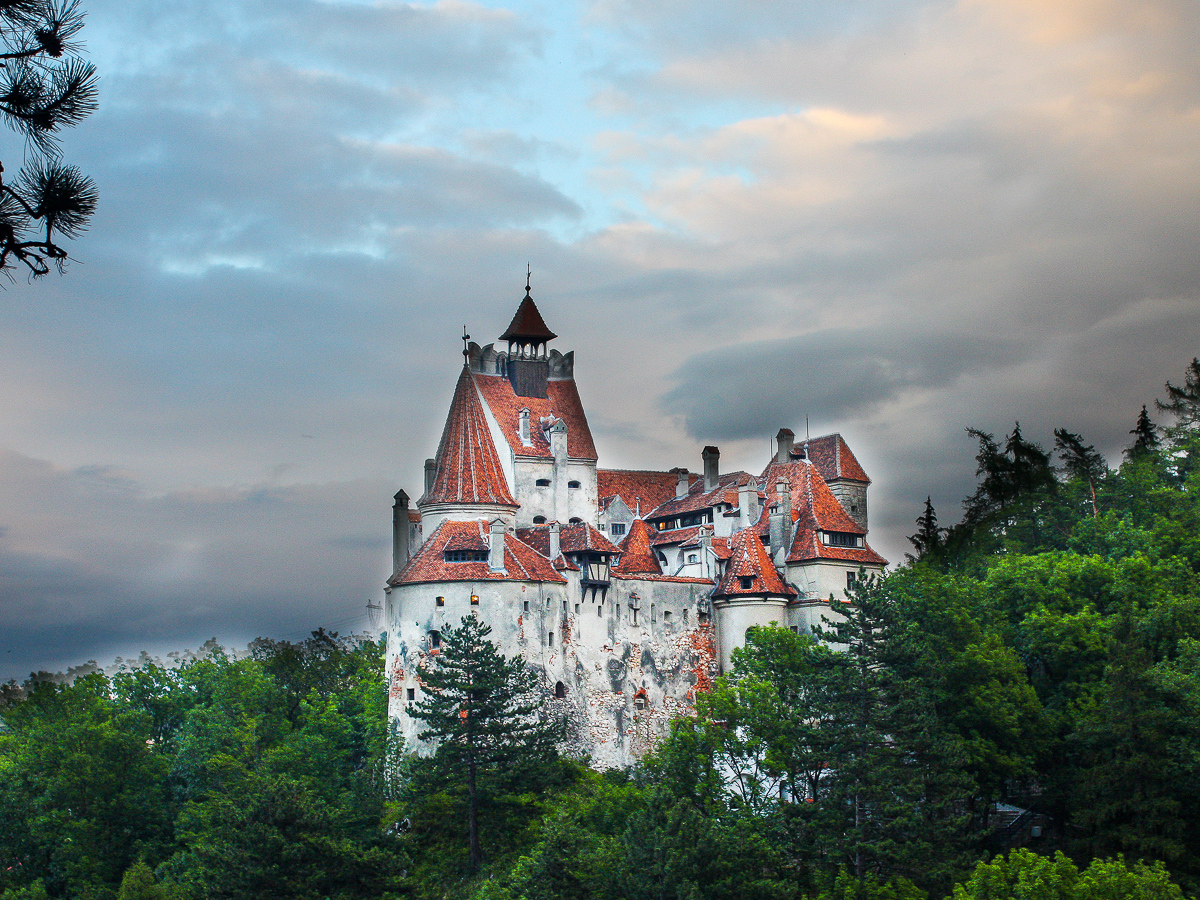 The castle functions as a museum and although it has little to do with the real Dracula, it is visited by many tourists because it served as inspiration from the castle described by Bram Stoker in his novel.

The ruins of this fortress, attributed to the prince Vlad Tepes, are found in the Arges Keys. Also known as the Poenari Fortress – after the old village of Poenari – it was probably built in the 14th century as a place of refuge. The folk tradition links the construction of the fortress by the name of the legendary lord Negru Voda and, although not mentioned yet, the place could be, according to some researchers, the famous Posada where the battle between the Wallachians and the armies of King Charles Robert d’Anjou took place in 1330. It has an elongated shape, thick walls of 2-3 meters and 5 defensive towers: four rounds and one prismatic one. Although it is said that the fortress was built by the order of Vlad Tepes, it seems that he only rebuilt it or completed its construction.

From the second half of the sixteenth century, the fortress is no longer mentioned in documents – it was probably left or destroyed and soon fell into ruin. Concrete stairs climb from the foothills of the mountain, on the road to the ruins of the fortress, from the height of which Vidraru Lake can be seen with the dam and its hydroelectric power station, and in the distance the peaks of Fagaras Mountains.

The Royal Court from Targoviste

The Royal Court in Targoviste was mentioned for the first time during the time of Michael I, the son associated during the reign of Mircea the Elder. Burned by the Turks many times, it was rebuilt and expanded by the princes Vlad Tepes, Petru Cercel, Matei Basarab and Constantin Brancoveanu. The beauty of the building and the prosperous life of the Targoviste Fortress could be compared to the great cities of time, but the years of restraint, wars and fires destroyed most of the buildings that formed the ensemble of the princely court. The monuments that remained until today, the written documents, as well as other testimonies of the past centuries, can lead to the reconstruction of its appearance since then. 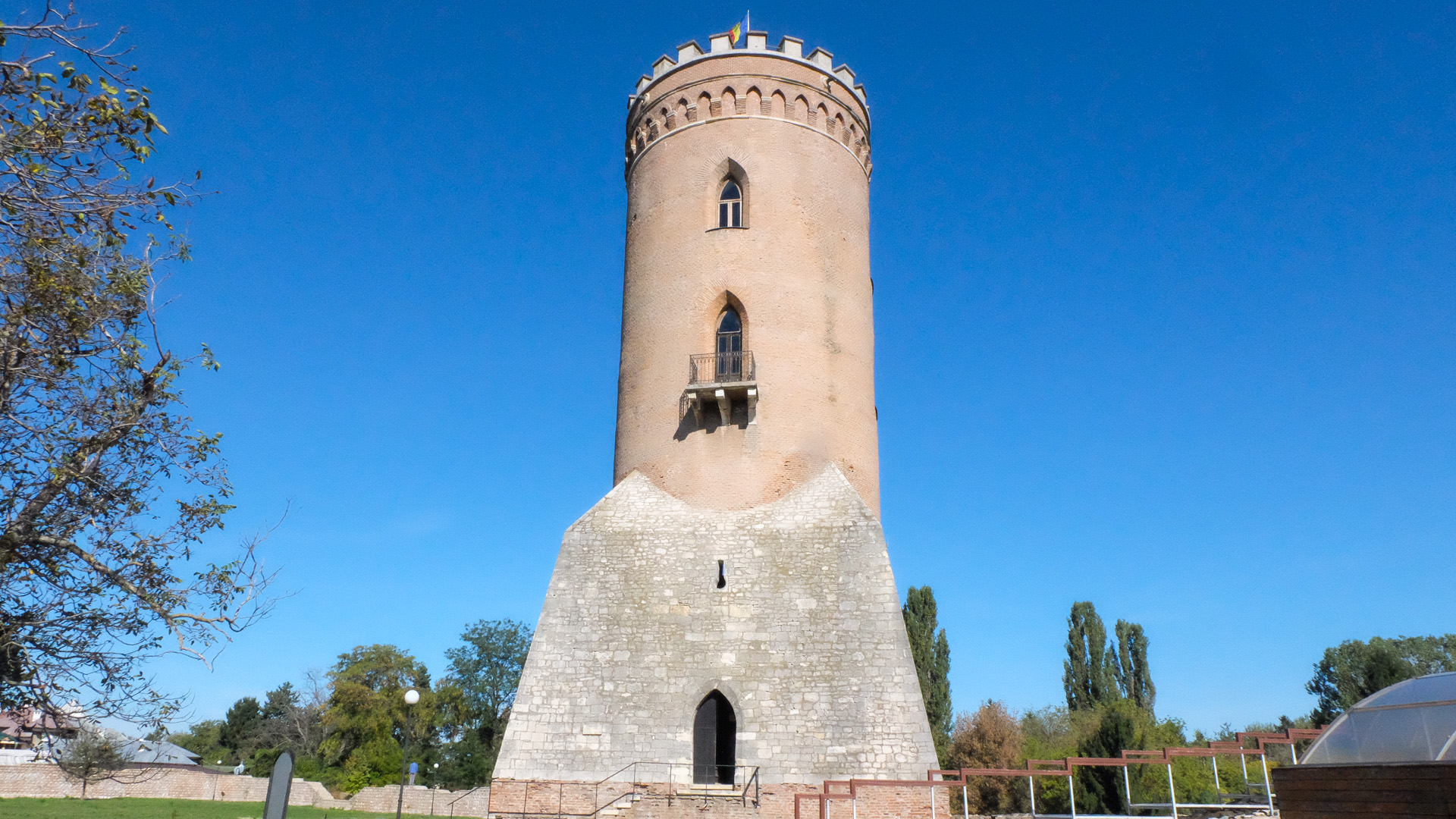 The ruler’s house (ruined now) consisted of two buildings corresponding to the two building epochs: from the time of Mircea the Elder and the time of Petru Cercel. Moving in 1584 the capital of the Wallachia to Targoviste, Petru Cercel gave to the house the appearacne of a bright palace, with a roof tiled in various colors. The fountains and gardens set on the terraces on the slope from Ialomita were similar to those in Europe at that time in the ruling courts, and Petru Cercel’s apartments were filled with fast and richness. During the time of Matei Basarab a corridor was built, which united the two buildings, giving the house a bigger appearance. Constantin Brancoveanu completely rebuilt the princely court, adding to the ruler’s house a turret, overlaid with old buildings. The great princely church is part of the same ensemble and was founded by Peter Cercel, painted on Constantin Brancoveanu’s command. A true procession (the largest and most complete of the Wallachian voivodes) unfolds on the western wall.

The little church, probably built in the 16th century, has preserved its original appearance. It has ornaments of ceramic discs and the oldest porch, built along with the church. The building in the courtyard of the church, intended to function as a shelter and hospital, was built by Balasa, the wife of Constantin Serban Carnu.

Find out more about the interesting life of Vlad Tepes while visiting these locations, plus others related to the myth of Dracula, such as Snagov Monastery, Borgo Pass, Bistrita or Medias on our exciting Real Dracula Tour!