Piatra Craiului Mountains are not the highest mountains in Romania or even the richest in flora and fauna, but they are a favorite of many lovers of mountain landscapes, for the jagged ridges, spectacular mountain views, the variety of trails and sights, and the silence that reigns in the stone fortress of the Carpathians.

Over 30 hiking trails, some of which are reserved only for experienced mountaineers, cross the Piatra Craiului massif. Most tourists choose to begin their adventure in Piatra Craiului from Zarnesti, which can be reached in just half an hour by train, bus or car from Brasov. Access to the southern part of the mountain is made through Dambovicioara, on the national road Pitesti – Brasov. Routes towards Piatra Craiului also start from Bran, from Pestera village, situated near Bran, or Sirnea village, on the brink of Fundata village.

Many of the trails can be finished in a day, but in the Piatra Craiului Mountains are several picturesque huts and campsites, so it’s worth spending at least one night enjoying the natural surroundings.

The trail to the Curmatura hut can be completed in 3-4 hours, if you start from the Botorog Fountain. From the fountain, follow the trail marked with yellow tape, which goes right through the woods. Prepare for a relatively easy climb, for a portion of fresh air and for many photo sessions, because the landscape is simply gorgeous, in any season. After crossing the forest, you get to Zanoaga Meadow, scattered with rocks, where you can already admire the imposing peaks of Piatra Craiului. From Zanoaga Meadow, you can go on another route, marked with a blue dot, to Piatra Mica Peak (1816 m). The path to Curmatura hut enters the forest again, and scenery is increasingly beautiful. 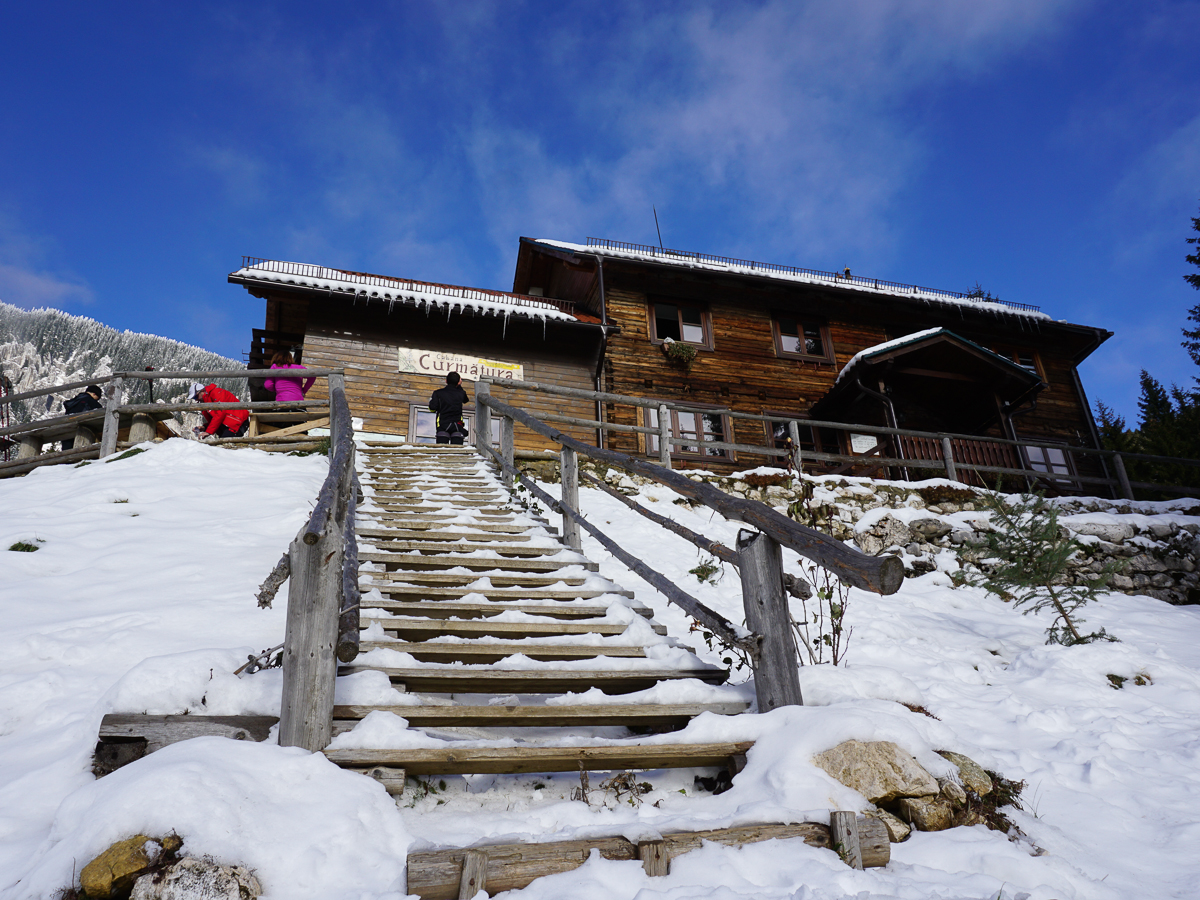 Curmatura hut is located at an altitude of 1470 meters, in a glade where the view of the surrounding area is just like in a fairytale. From this hut, you can embark on various trails to the Piatra Craiului peaks. You can make a short hike, of less than 2 hours to the Piatra Mica Peak. You can also climb on top of the Tower Peak, which reaches the height of 1,923 meters, or on the Sharp Peak, with an altitude of 2,051 meters. Don’t go on ridge trails without appropriate footwear and avoid venturing on these trails is the weather conditions are not the best. You should be aware that the Piatra Craiului massif is known for the strong winds which pervade its heights and unstable weather. 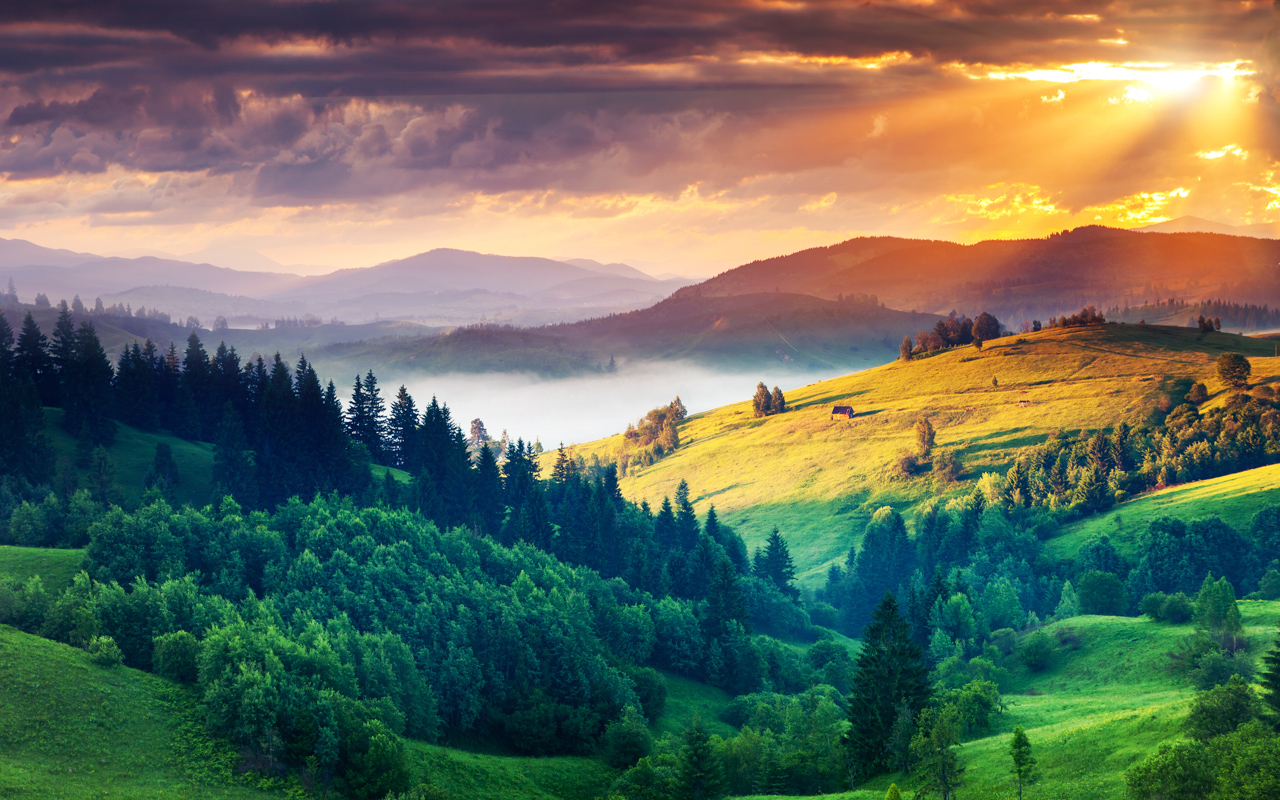 Easy hiking in the mountain villages

Some of the most beautiful Romanian villages are located in the Piatra Craiului Mountains and attract many tourists who want to get away from the noise and agitation of the city. Pesterea, Sirnea and Fundata are the most “popular” villages in this area.

Pestera village is located in the Piatra Craiului Reservation, at an altitude of 1000 m. Even at the village entrance, you will be simply enchanted by the beauty of the landscape, the road that climbs the mountain serpentines, including simple and chic pensions, on the towering peaks of Bucegi, Leaota Postavarul, or on the limestone ridges of Piatra Craiului. It’s an ideal area for hiking enthusiasts, but also for those seeking the tranquility of nature and fairytale landscapes in all seasons. 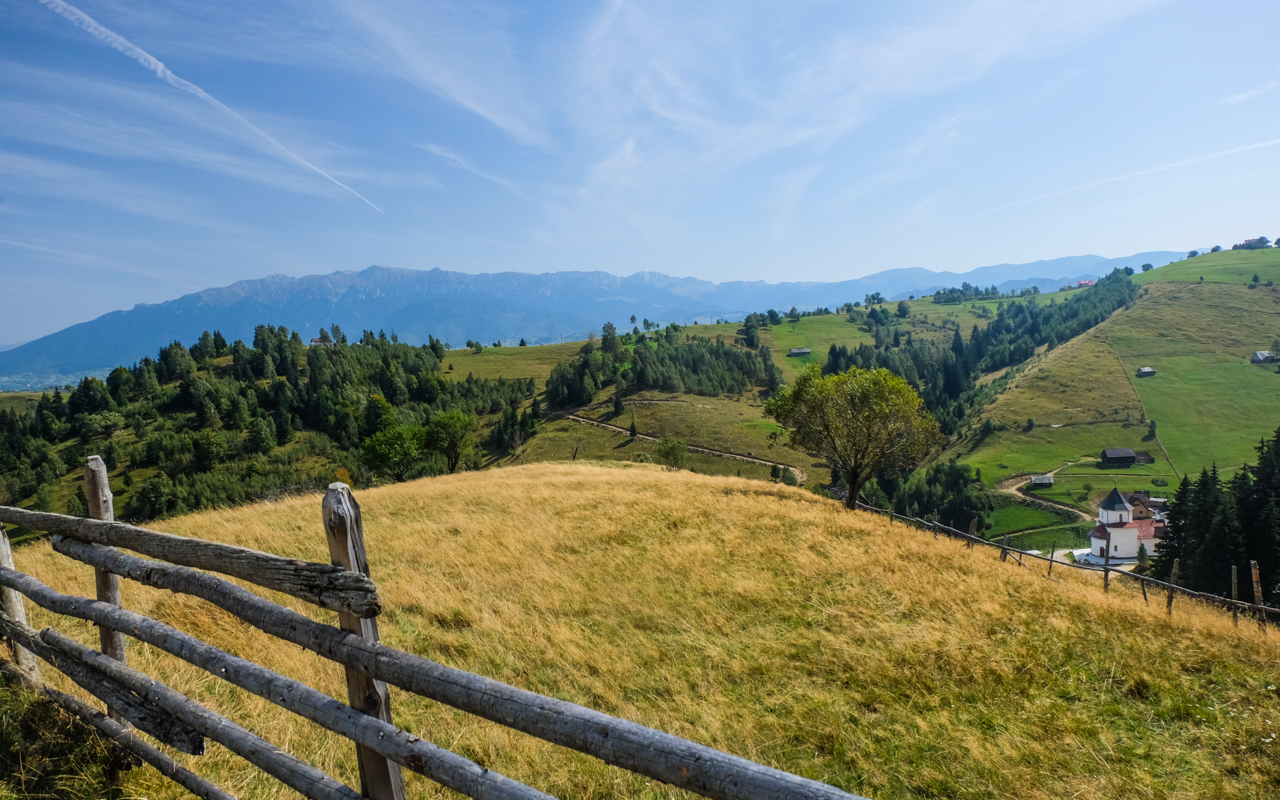 All this can be found only 10 km from Bran, a famous area, so that if you decide on the place to make a getaway, you will hardly find a place to stay or a path on which to walk quietly.

Nestled in the coastal ridge of Piatra Craiului Mountains, Sirnea village seems like detached from an old story. Approximately 300 people live here, in old homes wrapped with shingles, over which reigns a divine silence. You can almost look at the mountains and envision some old people listening to stories that were almost forgotten. It’s no wonder tourists love to come here, because it’s like travelling back in time, to a much simpler, quieter life. 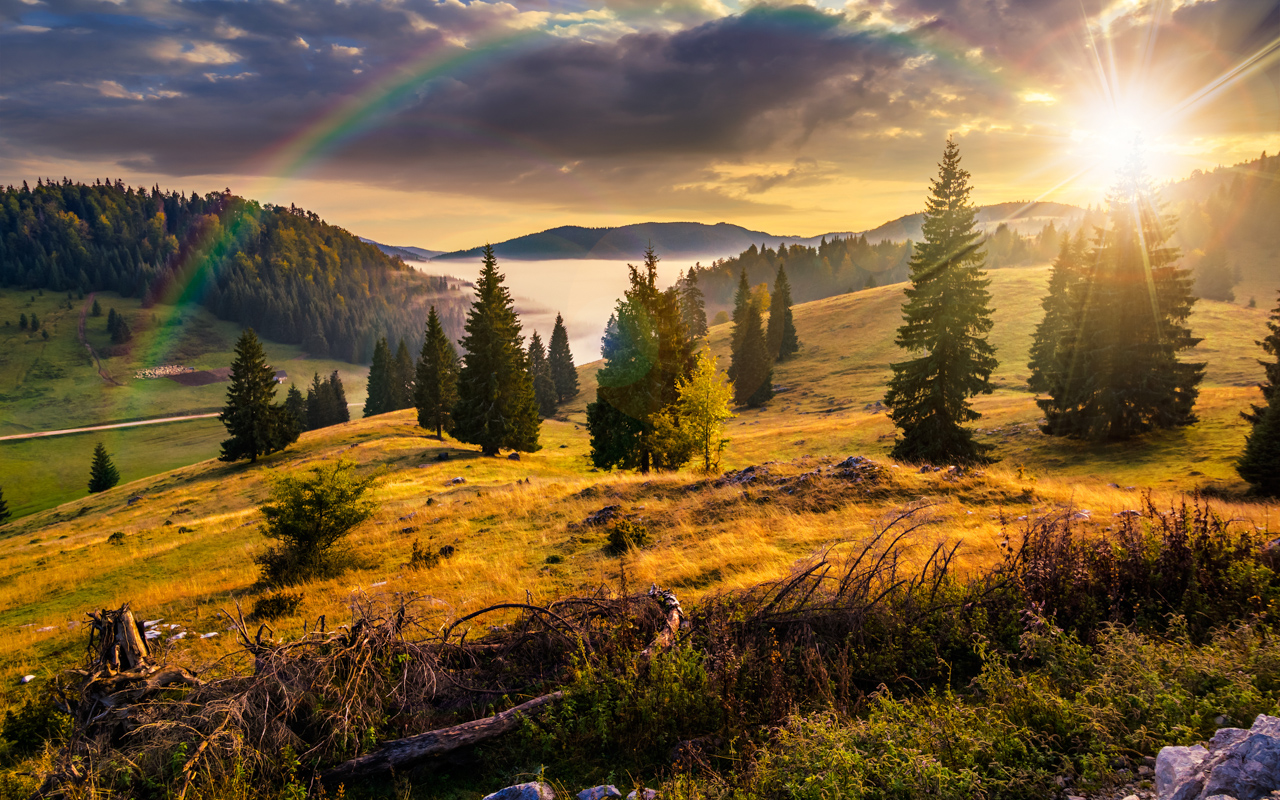 Fundata is the settlement at the highest altitude in Romania (1304 m). It is said that the cheese made in fir bark was invented in Fundata and that here is where you can find the best smoked cheese in Romania. In Fundata there is also a measuring station of the air showing that the air in this place is the purest air in Romania. Therfore, if you want to relax and breathe some fresh air while tasting some delicious cheese, made by shepherds after old recipes inherited from generation to generation, it’s worth hiking up to Fundata village.

Once you’ll arrive in Zarnesti, the beauty of the mountains surrounding the small town’ll already overwhelm you. The forest road trail, marked with blue stripe and a red cross, leads you to the famous Botorog Fountain, a cross-shaped monument, where tourists usually refresh their reserves of cold mountain water, before they go on they way. Follow the path marked with blue and soon you will arrive to Zarnestilor Ravines, a spectacular gorge of about four kilometers long. Steep walls that surround the path height up to 200 meters and are covered in places by stands of conifers and patches of moss. The great landscape will certainly take your breath away. If you have time, you can visit two of the main attractions of the ravine, the Great Cave and the Small Cave.

As you can tell, Piatra Craiului Mountains are a great destination for hiking tours not only during summer, but also during the winter season. Many trails are suitable for beginners and can be finished in just a couple of hours.

If you’re interested in other exciting hiking tours in Romania, take a look at our guided active tours!


2 Comments On Short hiking tours in the Piatra Craiului Mountains

Wow this looks stunning! I was wondering if the last picutres was taken at Zarnestilor Ravines exactly as I am planning my Romania trip at the moment. Is it really a hike we could do within a day?

Hi Jamie,
You can do a day hike in Piatra Craiului Massif and visit Zarnesti Gorges and the mountain villages of Magura and Pestera. You can stay overnight in Brasov or Bran Village.
Best regards,